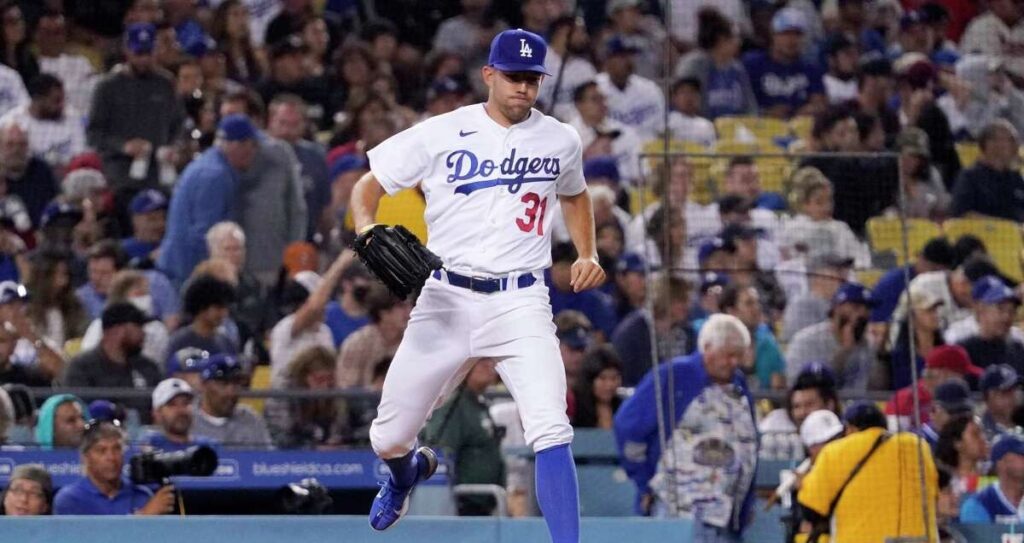 We expect Tyler Anderson to put together another stellar performance as the Dodgers take on the Reds in one of our best bets for June 22.
By Mike Noblin on June 22, 2022

After several winning days in a row, we were finally served a big piece of humble pie last night with a dreadful 0-3 reverse sweep. The Orioles forgot how to hit the ball and neither prop bet found the window. Oh well, Mama said there'd be days like this and she was not wrong!

The best part about betting on MLB is that there are plenty of games each day. We'll look to bounce back with our 4 MLB best bets for Wednesday, June 22. Let's do this!

The Reds have shown signs of life over the last several weeks after an awful start. Even with that being said, Cincy is only 3-7 over their last 10 games and is still one of the worst teams in baseball. The Dodgers, as expected, are one of the best offensive teams in the National League even with Mookie Betts missing some time with a ribs injury.

Cincy starter Luis Castillo has some pretty nasty stuff and his overall numbers are pretty good (3.33 ERA, 1.09 WHIP). However, three of the Dodgers' best boppers (Freddie Freeman, Trea Turner, Justin Turner) are hitting over .400 against Castillo. We look for one of these guys to get a big hit off of Castillo during the middle innings.

LA counters with left-hander Tyler Anderson, who nearly pitched a no-hitter a week ago against the Angels. Anderson is a perfect 8-0 on the young season and is 2-0 against the Reds in his career. He'll have to worry about getting Brandon Drury out in this game, who is hitting .357 with a homer against Anderson in his career.

We look for this game to be tight for a while but once Castillo is out of the game the Dodgers should tee off against the Reds bullpen (5.15 ERA). The Dodgers have owned the Reds (35-16 over the last 51 games) and we don't think that changes tonight. Play LA on the run line in this one!

What the heck is wrong with the Tigers? This team has looked horrendous and they are only 9-20 on the road this season! Meanwhile, the Red Sox have surprised lots of folks with a respectable record of 38-31.

Detroit has one of their best starters going tonight in Tarik Skubal (5-4, 3.13 ERA) but he's been struggling with his location of late. The 25-year-old lefty also isn't amassing strikeouts at the level he did earlier in the season. That could be a major problem against guys like Rafael Devers, JD Martinez, and Xander Bogaerts.

Here's a nice little NL Central showdown! Both of these teams have identical records at 39-31. Neither starting pitcher is in good current form so it'll be interesting to see how things play out in this one.

We love getting a veteran pitcher like Adam Wainwright at plus money, especially since he is 9-5 with a 3.08 ERA in 20 starts against the Brew Crew in Milwaukee. The 40-year-old still has a nasty breaking ball and is savvy enough to still get quality hitters out. We think "Waino" turns in a good performance tonight.

Eric Lauer has a nice 6-2 record on the year but he's been a human gas can of late with a ballooning ERA of 6.75 and a WHIP of 1.50. The only thing we don't like is that Paul Goldschmidt is nursing a sore back and is a game-time decision. However, even if Goldy can't play we still think that Nolan Arenado can lead the Cards to a win!

Here's another good opportunity to fade a terrible team. Oakland is a massive dumpster fire this year and they are just 8-27 at home. Seattle isn't a juggernaut but they have some talented pieces on their roster.

Seattle has owned Oakland of late as they have won 7 straight meetings in Oakland and 19 out of the last 26 meetings overall. We look for more of the same tonight and for the M's offense to stay hot after scoring 8 runs last night against the A's. We also love the addition of Justin Upton, who should bring a little more pop to Seattle's lineup.