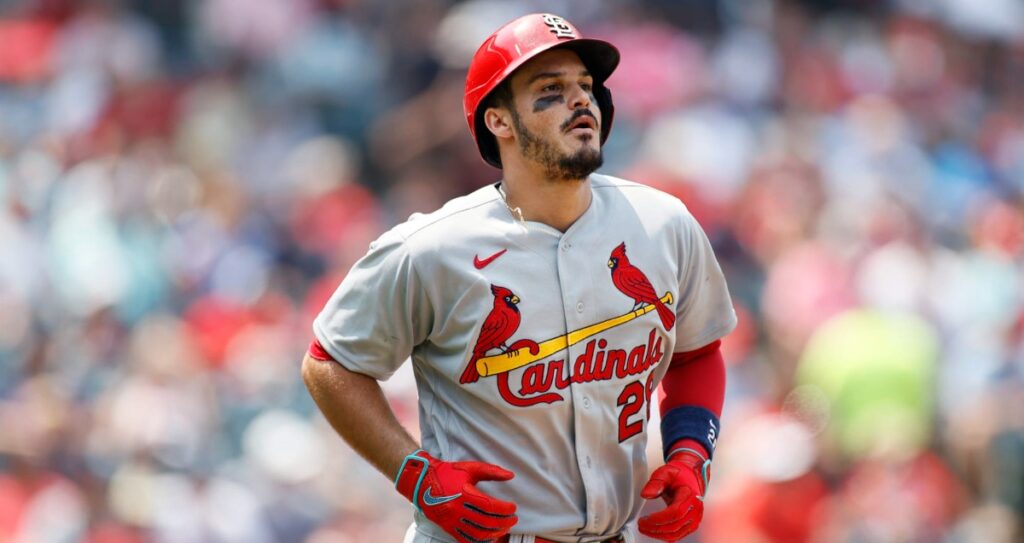 We expect Nolan Arenado and the Cardinals to get another win as part of our 4-pack of MLB Best Bets for Thursday.
By Mike Noblin on June 23, 2022

We got back on track with a nice 4-0 sweep last night! That brings our record to 23-8 since we began posting our MLB best bets on Twitter a few weeks ago. It's a small sample size and regression is bound to happen but we'll take it.

If you've never bet on baseball before and are wanting to start doing so, keep in mind that it is a game of streaks. We like to equate it to playing BlackJack in a casino. You have to be prepared for some wild up-and-down swings of luck. Here are our 4 MLB best bets for Thursday, June 23.

Since things worked out so well yesterday, we've decided to run it back with a few of the same plays for Thursday. The Dodgers have beaten the Reds like red-headed (lol) stepchildren since the start of 2019. LA has outscored Cincy 42-13 during their six meetings in 2022.

Clayton Kershaw isn't as dominant as in years past but he still knows how to pitch and is 4-1 this season with a tiny ERA of 2.08. No one in the Reds lineup has had any sort of career success against Kershaw, with the exception of Donovan Solano (.333 BA through 24 at-bats). We don't see Cincy doing any type of major damage against the future Hall of Famer in this game.

Hunter Greene has a thunderbolt for an arm and he could turn out to be a perennial All-Star. He's also pitched much better over his last three starts (2.65 ERA, 0.65 WHIP) and you can bet he'll be fired up to pitch in his hometown. With all of that being said, we still think this Dodgers lineup can get to him.

Look for Freddie Freeman to continue his hot hitting, Kershaw to pitch another gem, and for the boys in blue to get another emphatic victory. Let's lay the 1.5 runs once again with the Dodgers!

If they keep putting the Cards at even money or better, we'll keep riding them. As we predicted, Nolan Arenado got the big hit when it mattered most to give St. Louis a win last night. We expect the Cards to build on that momentum for Thursday's 2:10 Eastern game.

Dakota Hudson hasn't fared very well against Milwaukee as he is 1-2 with a 4.21 ERA in 5 starts against them. Though that is concerning, we don't think Hudson should be even money against a pitcher like Jason Alexander, who was in the minors just a few weeks ago. Alexander may have a nice ERA of 2.42 but opponents have a batting average of .330 against him.

If Alexander finds a way to get guys like Arenado and Goldschmidt out, we'll tip our cap and move on. However, we don't see that happening. We'll take the Cards in another close battle!

Don't overthink this one! As we talked about yesterday, Oakland is a complete mess this season. Seattle, on the other hand, has some sneaky-good talent and could keep surprising a lot of folks this year.

Robbie Ray hasn't been as sharp this season but he's still 6-6 with 91 strikeouts through 84.2 innings. The crafty lefty hasn't been beaten over his last three starts and will be looking to avenge a loss to the A's on May 25. We think Ray will put together a solid outing today in the finale of this series.

Oakland will counter with Frankie Montas, who has a decent ERA of 3.53 but just hasn't gotten much run support this season. Montas has a couple of good pitches but he's only won 1 out of his last 11 starts. Seattle's bats have been hot and we don't see them cooling down today!

We don't typically like to play the -1.5 on home teams because of the likelihood of a one-run win biting us. However, we'll take the generous plus money on Joe Musgrove, who has been almost unhittable this season. Musgrove is a perfect 8-0 with a tiny ERA of 1.59 and has smoked the Phillies in his career.

Even Philadelphia's big boppers have yet to figure out Musgrove. Bryce Harper is only batting .182 against him and Kyle Schwarber is only hitting .077! However, Nick Castellanos and Odubel Herrera have each homered off of Musgrove in their careers.

The Padres haven't seen much of Ranger Suarez but we think they should be able to rough him up a bit in this one. Suarez got a 5-3 win over San Diego just six days ago so you can bet that the Pads will be out for blood. Even with Manny Machado on the bench with a bum ankle, we think the Pads, who scored 10 runs yesterday against the D'Backs, get their fourth win in a row!