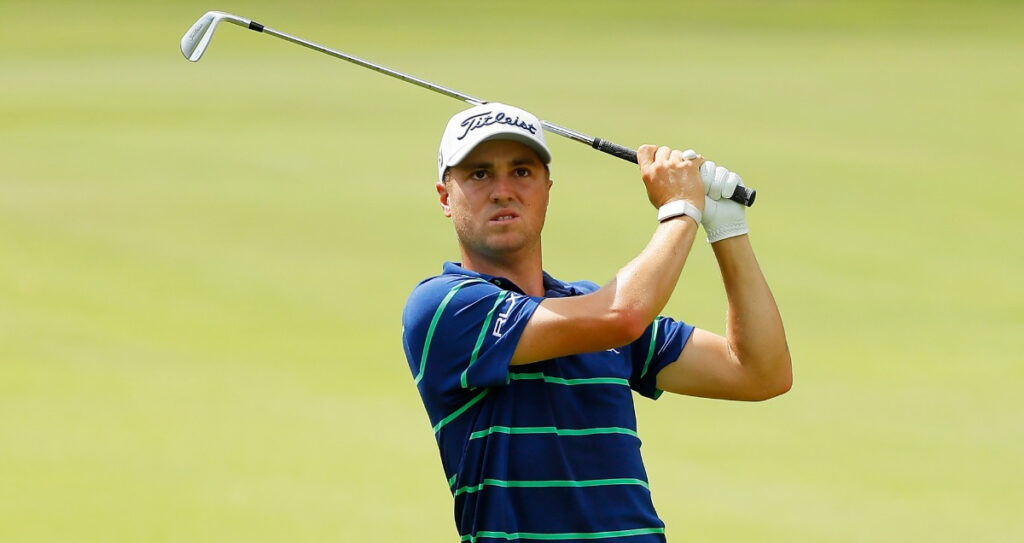 One of our 4 matchup best bets for the CJ Cup is on Justin Thomas.

We went 2-1 on our matchups last week at the ZOZO Championship. Morikawa did not play up to the standards we have come to expect, but he still finished ahead of Cameron Young which is all our play needed to cash.

Brandon Wu did the same to defeat CT Pan in his matchup. Our 3-Ball play on Matsuyama over Xander and Hatton hit a snag due to Xander playing a terrific 4 days of golf.

This week at the CJ Cup in South Carolina, we have 4 head-to-head matchups instead of our typical two. We will be foregoing a 3-Ball matchup as we believe these bonus 2 matchups provide better value. All lines are from DraftKings Sportsbook.

Thomas is coming off another stellar year on tour and will be making his 2022-2023 debut. The CJ Cup will be a great place for him to start as he won this event in 2018 and in 2020. His worst finish over the past 5 starts in this event is 36th while his other two finishes were 12th and 18th over the last 2 years.

Im has been plugging along and is off to a good start this season. He finished 7th in the Shriners and 29th last week at the ZOZO. However, he has had his struggles at the CJ CUP.

While Im finished a solid 9th last year, he had previous finishes of 45th, 39th, and 41st. We expect JT to finish in the Top 20 at worst and Im to be in that slot as his ceiling.

Henley missed the cut at the Sanderson Farms Championship in his lone start of the season. This week, we expect him to have a bounce back at the CJ Cup. He finished 3rd in 2021 and 25th last year at the event.

Mito had a great week at the Shriners to kick off his season but struggled last week, finishing 45th. We believe Henley is in the right mindset after a couple of weeks off to get right at the CJ Cup.

Tyrell Hatton has been an absolute beast at the CJ Cup. That said, Hatton did have his worst finish last year, 18th. However, he has finishes of 3rd, 6th, and 14th previous to last year, which isn't too shabby.

Billy has not been great here but did have his best finish last season. He finished 28th after previously not cracking the top 50. In an event that has no cut, those numbers are extremely low.

This play is more of a fade on Homa as it is a backing of Lowry. We believe Homa’s struggles will continue here and Lowry will need just a top-30 finish to secure us a win.