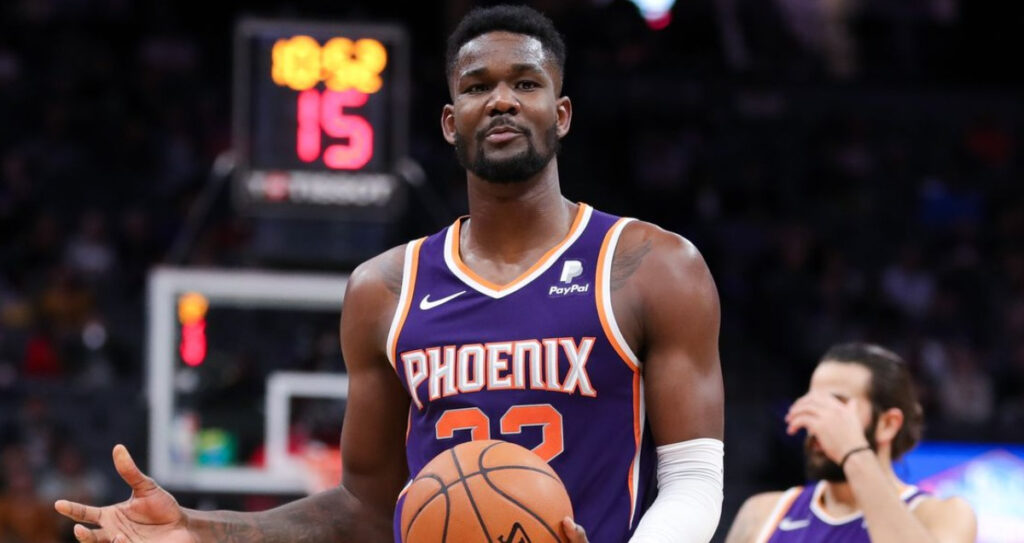 We like DeAndre Ayton to stay Under his points total as 1 of our 4 favorite NBA player prop bets for Tuesday.

Even casual NBA fans will be focused on tonight's Nets at 76ers matchup on TNT. Ben Simmons will return to Philly and that definitely makes for an interesting storyline. However, most sports bettors couldn't care less about all of that and only want to find winners.

Tonight's NBA slate may only have 4 games on it but we still found a ton of value. Here are our 4 favorite NBA player prop bets for Tuesday, November 22. For good measure, we also threw in a Same Game Parlay from DraftKings Sportsbook.

Huerter has quietly been playing solid ball over the last 5 game stretch. He has gone over this total in points in 4 of those 5 games with the one game that went under being a game in which he shot just 3 of 11 from the field.

The positive is that he is getting double-digit shot attempts which will lead us to cash his over again here. This number looks to be at least 2 points too low.

All in all, Ayton has shied away from contact as he is only getting to the line 2.5 times per game. If he is unable to get to the line more than 2 times, this under will cash easily.

Murray returned Sunday against the Pistons after dealing with back soreness. In the game, he logged over 24 minutes but pulled just 2 rebounds.

Murray avoided contact around the rim on rebounding opportunities, and we believe he'll do the same tonight against Memphis’s big men Jaren Jackson and Steven Adams.

Ivey has been asked to do more scoring in recent games due to the injury of Cade Cunningham. He faces a Denver team tonight that we believe will cause issues for him reaching his over in assists.

With his focus being on scoring to keep the Pistons in this one, we are going to go low on his assist total. Ivey has a ton of talent but he'll be shooting the ball more than distributing it in this game.

Sabonis has gathered a double-double in 7 of his last 10 games and was actually 1 assist shy of a triple-double in the last meeting against Memphis back in late October.

Dillon Brooks has secured a steal in 3 straight games and had 3 in his last game against the Nets on Sunday. He failed to get a steal in the last meeting with Sacramento but will get one here. We can't resist the plus-money odds on this one!