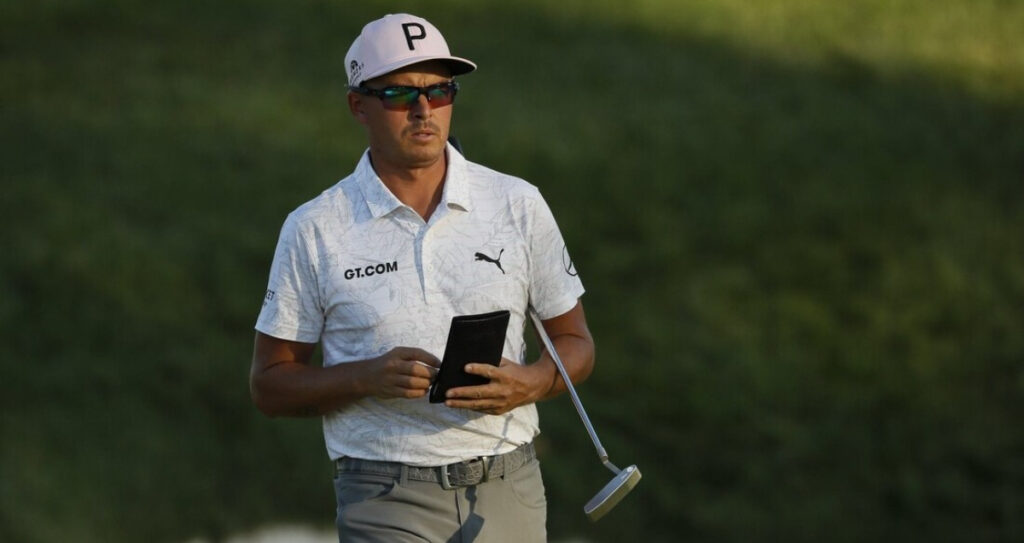 We expect Rickie Fowler to sneak inside the Top 40 at the 2022 Rocket Mortgage Classic.
By Bill Christy on July 26, 2022

Brice Garnett at +160 to finish inside the top 40 was our only prop that made it home last week. Wyndham Clark and Matthew NeSmith snuck into the weekend to foil our missed cut plays and after a great opening round, Adam Hadwin completely fell apart. Bo Hoag was close to cracking the top 40 for another win but ultimately came a couple of strokes shy.

The Rocket Mortgage Classic is held at Detroit Golf Club and it has a layout that encourages scoring. The average cut over the three previous events has been -4.3 and the winner has been on average -22 for the tournament.

Birdie or better rates will be key this weekend and so will stroke gained on approach and putts. Length shouldn’t be an issue here and the bombers won’t have any advantage. We covered our favorite matchup bets for the Rocket Mortgage earlier in the week, here is what we like in terms of props for this week’s event.

Best Odds on 2 of Our Prop Picks

Merritt has 4 finishes inside the top 30 this season, including his most recent one coming at the Scottish Open earlier this month. Troy ranks 33rd in strokes gained putting and has a really solid track record here at Detroit Golf Club.

After missing the cut in his 1st start in 2019, Merritt has returned to finish 8th in 2020 and 2nd last year. His game lines up well at this track and finishing inside the top 30 at over 1.5:1 is a solid value.

Maverick is 11th in birdies or better and 32nd in strokes gained putting. He is coming off a shaky finish to the 3M Open where he posted a 2 over 73 in his final round after a solid 68 the day previous. However, he had finished no worse than 16th in the 3 tournaments previous to that.

Course history for McNealy is very favorable as he finished 8th in 2020 and 21st last year. Mav should be able to bounce back nicely at this event and slide inside the top 30 rather easily. If you don’t mind paying a bit of juice for extra comfort, I wouldn’t blame anyone for playing the top 40 instead.

A 38th place finish in last year’s RMC was a drop off from his 12th place finish the year previous, but overall was still a good tournament for Norlander. We will be honest; it has not been pretty for Henrik over the last 2 months or so.

He has missed the cut in 6 of his last 7 starts with the lone-made cut ending in a 31st place finish at the Barracuda Championship. Norlander’s strength is his ability to hit greens in regulation where he is 56th on Tour. If he can get the flat stick working a bit this weekend, he will make the cut and get inside the top 40. With an over 3:1 value, he is worth a stab.

Yes, we are playing Rickie two weeks in a row. The man that has been in more commercials than weekend portions of tournaments over the last couple of years seems to have begun to play a bit better. He has only missed the cut once in his last 7 events and has finished inside the top 40 in 3 of those, including last week at the 3M Open.