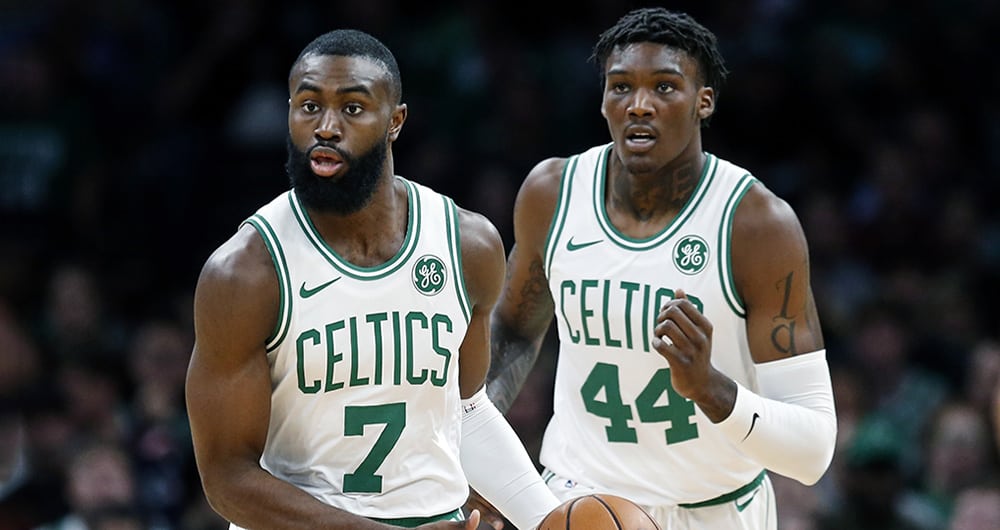 After one of the craziest NBA trade deadlines in league history, the NBA calendar turns the page to a 7 game slate on Friday night. Tonight's top games include the Nuggets at the Celtics and the Timberwolves at the Bulls.

Our best prop bet picks for tonight include our favorite first scorer wager. Royce O'Neal managed to miss a layup on Utah's opening possession to cost us a +800 payout on this wager on Wednesday night. Included with each pick is the sportsbook with the best available payout for the featured wager.

I never like laying this much juice on a player prop but this one just looks too good to pass up. Williams has been holding block parties in 9 of his last 10 games. In those 9 games he exceeded the 1.5 total and is averaging 2.5 blocks per game over the 10-game stretch. On the season, he is averaging 2.2 blocks per game and here we get him against the Nuggets who are worst in the league in terms of opponents blocked shots. As a team, the Nuggets get blocked 5.89 times per game.

Okoro has gone over on this prop in 6 of his last 10 games. However, one of the 4 games in which he failed, was against this same Pacers team on Sunday. He went 0-2 from deep and just 1-7 from the field. The Pacers allow just 4.84 made threes per game and with the addition of Tyrese Haliburton to the Pacers, they will be an even stronger defensive team. I see Okoro failing to knock one down again tonight on minimal attempts. And at the plus money value, it’s worth the play.

Dort has surpassed this total in 4 of his last 6 games. Over that stretch, he is averaging 23.1ppg. And he isn’t doing this against weaker defensive opponents, it has actually been the opposite. Dort hung 21 on the Warriors who are 2nd in the league in opponents points per game. He had 30 against the Mavs who are 3rd in the same stat. He faces the 76ers tonight, who are 7th in the league in points allowed and with all the attention on the addition of Harden, I believe the 76ers defense will lack chemistry in this one and allow Dort to continue his recent scorching scoring.

Jaylen Brown has been the 1st scorer in 9 of his 42 eligible games. That 21% is in the top tier of the league and he has produced a 37% ROI on this prop. Not only that, Brown has scored the 1st points in 3 consecutive games for the Celtics. Boston has scored 1st in 80% of their last 20 games to the Nuggets who have only done so 18% of the time in their last 20. The odds are not that great, but still at 5 to 1 on a guy that has been this profitable, why not?