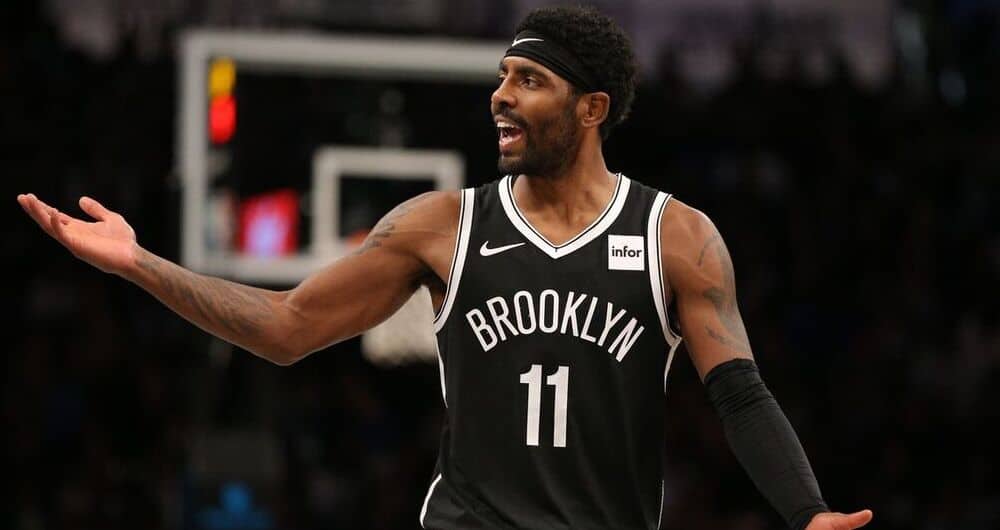 Happy Thursday hoops fans! The NBA card gives us seven games tonight and a couple of them are marquee matchups. The TNT double dip will again be fun to watch. The Nets take on the Wizards in the first game, while the Bucks head to Phoenix to take on the Suns in the late slot.

Find all of these props and a Joe Burrow special in the Underdog Fantasy app tonight!

It pains us to fade The Greek Freak tonight, especially after he was a big reason we cashed our Same Game Parlay bet on Tuesday night. However, we expect the Suns to hold Antetokounmpo to 25 points or less in this game.

Phoenix’s offense may get the bulk of the headlines, but their defense is one of the best in the league. The Suns rank 6th in points per game allowed (105.4) and 4th in defensive field goal percentage allowed (50.5%). Also, remember that DeAndre Ayton is no slouch down low for the Suns and he should do a decent job of defending Giannis.

Keep in mind that this is a rematch of last year’s Finals matchup. The Suns should be focused and out for blood after blowing a golden opportunity for the title last July. We’ll bet that the revenge angle is strong enough for Phoenix to hold Antetokounmpo to under 29.5 points.

Most of the time there is value in playing the league’s biggest superstars to stay Under their respective point totals. As with Giannis in our above bet, we feel that is also the case with Morant tonight.

The former Rookie of the Year is having another marvelous season, as he’s putting up 26.5 points per game. However, Morant’s points per game average is a full point lower than this posted total. That isn’t a mind-boggling amount of value, but it still points to an Under.

Our main concern with this bet is the Pistons' horrid defense. However, we do love the fact that Detroit only gives up 11.6 fast break points per game, which ranks a respectable 11th. We could easily see the Grizzlies getting out to a big lead (they are 11-point favorites) and letting Morant rest quite a bit in the second half.

The six-time All-Star is also due for a breakout performance. Lowry was inactive for nine games in late January, but the Heat have slowly started to up his playing time over the last three games. We think this could be the game that Lowry starts to heat up from the field.

Another reason to like Lowry to have a big game is the Pelicans’ poor defense. New Orleans ranks 25th in field goal percentage allowed (54.2%) and 28th in defending three-pointers (36.6%). Take the Over on this one!

Bey is having a fine season so that makes it tough to pull the trigger on this bet. The former first-round draft pick is averaging 15.5 points per game this season, so there doesn’t appear to be much value on this bet on the surface.

This bet comes down to current form. Bey had one of his worst shooting performances of the season two nights ago against the Dallas Mavericks. Bey only hit 1 of his 11 field goal attempts in that game and we think his struggles may continue tonight against an above-average Grizzlies defense.

Memphis ranks 7th in the league at defending two-point shots (51.5%). The Grizzlies should be able to contain Bey enough for us to cash this Under 15.5 points ticket!

We found this nice Same Game Parlay over at DraftKings for +390 odds. This will give us some fun action on the early TNT game between Brooklyn and Washington. Both teams have been trainwrecks lately, so it’ll be interesting to see which team will wake up.

We are betting that the Nets will start to right the ship tonight after dropping nine straight games. That stat alone worries us a bit, but getting Kyrie Irving back will be a game-changer for this Nets squad. Though they’ve scuffled at times this season, Brooklyn is a respectable 17-11 on the road.

We expect the Nets to win outright and for Irving to score in the high 20s. Irving put up 30 points against the Wizards in a 119-118 victory over them last month.

The Kyle Kuzma portion of the equation is fairly simple. Bradley Beal is out for the rest of the year with a bad wrist injury, so Kuzma will get a more active role in the Washington offense. We think Kuzma will score in the mid-20s tonight.

Let’s cash two Same Game Parlays in a row! Best of luck with all your NBA action on Thursday and be sure to check out our same game parlay picks for Super Bowl 56!