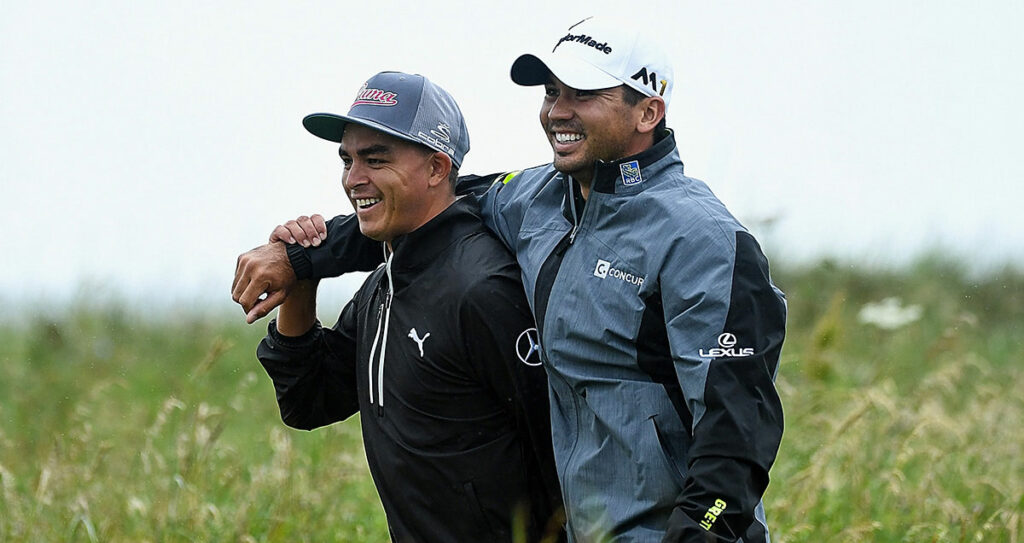 Rickie Fowler over Jason Day is one of our favorite matchup bets for this week.
By Bill Christy on July 20, 2022

The Open Championship was great for many reasons. The accomplishment of Cam Smith capped off an extremely exciting Open Championship at the Old Course in St. Andrews. The sights are always special in the final major of the year but the sights on our bankrolls at the end of the tourney were even more satisfying. We missed our 3-ball play on Louis Oosthuizen who was done on Friday when he missed the cut.

We scored +140 on our Kisner matchup over Keith Mitchell and Thomas Pieters gave us an early scare with an over-par round 1 but followed that up with a tremendous 2nd round and got the win over Gary Woodland with ease. We ended up pushing our final matchup and were lucky to do so. Russell Henley played his worst round on Sunday and gave our Cameron Tringale play the life it needed to tie. All in all, it was our best major of the year.

Up this week is the 3M Open which is played at TPC Twin Cities in Blaine, Minnesota. This looks like a relatively open field, with no golfer priced under +1100 for the tournament. Last year's winner, Cameron Champ, shot 15-under par, and the top-15 golfers were all 10-under or better for the tournament.

Find our favorite matchup bets for this week below (with odds from DraftKings Sportsbook), and be sure to check out our prop bet picks for the 2022 3M Open as well.

Thompson is coming off a tremendous start at the Barracuda Championship where he finished 9th. Not only is his recent form solid, but he also has a strong history in the 3 years of the 3M Open. His worst finish was in 2019 when he finished 85th. He followed that up by winning the event the following year and then a 39th place finish last year.

Putnam, on the other hand, missed the cut at the Barracuda where he shot 4 over par. This marked the 12th missed cut for Putnam in the 26 events he has played this season. TPC Twin Cities has not been kind to Putnam. He participated in the event in both 2020 and 2021 and failed to make the cut in both years. We don’t have any confidence in Putnam to make the cut and believe the near-even money line on this matchup should be more like -140/-150, so we will play the value on Thompson here.

Both Fowler and Day have each competed in this event just once. Day competed in 2019 and finished 66th. Fowler competed last year and played well finishing 34th. However, this handicap is more of a fade on Day than anything. He has played in just 14 events this season and has missed 5 cuts during that stretch. His latest start, at the Travelers, Day failed to make the weekend and shot 5 over.

Rickie has not been much better this year. He has missed 7 cuts in 18 events on the season. However, he has made the cut in 4 of his last 5 starts and finished 47th in the Scottish Open 2 weeks ago. Tread lightly here as both stars have fallen a bit, but Fowler seems to be the lesser of two evils here.

Poston has been a bit up and down this season. Nothing can be more evident of that than his last 4 starts. At the RBC Canadian Open, he failed to make the cut shooting +4. Then, at the Travelers, he opened up with a -8-1st round and finished in 2nd place. The following week, he went out and won the John Deere Classic. How did he follow that up? He missed the cut at the Open.

He has the ability; he just needs to be focused and consistent. He finished 28th last year in his 1st start at the 3M Open and should have the advantage over his competitors in this 3-Ball. Hardy has never competed in this event and Todd missed the cut in his lone appearance last year.