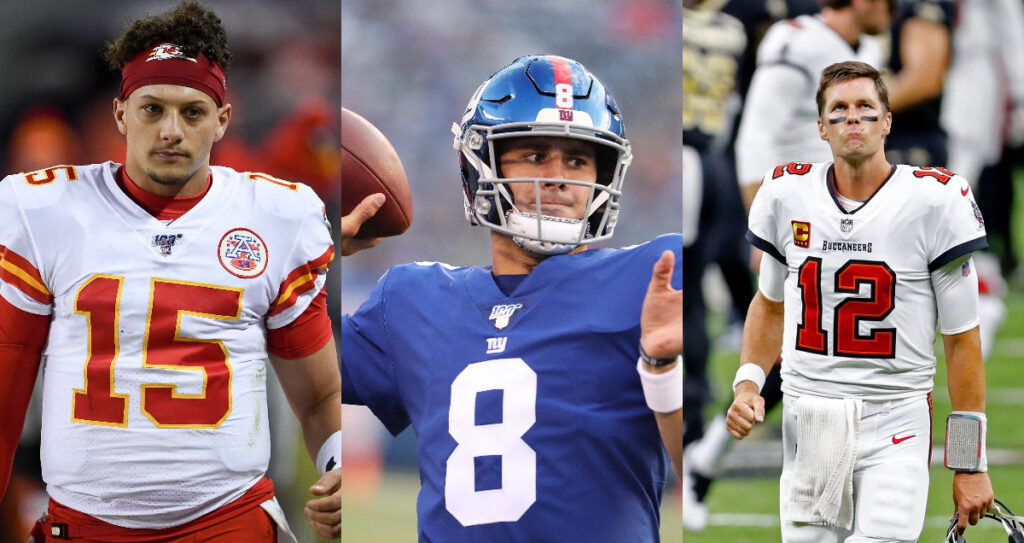 We are just under 55 days away from the 1st kickoff of the 2022 NFL season. I for one cannot wait to have football back in my life as we grind out the upcoming dog days of summer. In previous articles, we have given out some of our best bets for league leader futures, team futures, and player future awards. In this piece, and in upcoming NFL pieces, we will tackle some player totals that we like as we look forward to the 2022 season.

We will be taking into account some important factors when handicapping these totals. Strength of schedule will be one of these factors. Players may face easier teams on their schedule in terms of defensive matchups.

Injury history will be another factor. This is likely to play into some under plays when looking at the possibility to get a number that we feel may be attainable for a player, pending they play an entire season.

Changes in coaching staff and contract status will be a couple of the other factors. We may see a player that has put up decent numbers in years past, but now has a head coach or coordinator that has a history of utilizing said player's position more.

The opposite can remain true as well. With contract status, we will be leaning on going under on players that have signed fat contracts and leaning over on players that are in the last year of their current contracts. Here are 3 QB yardage props that we are playing for 2022.

Best Offers for the 2022 NFL Season

Daniel Jones has been underwhelming over his short career thus far. He has consistently increased his passing yards in each season going from 2400 to 2900 to just over 3000 yards last season. He is in the final year of his rookie contract and would need a strong year to ensure a lucrative deal going forward.

Brian Daboll has taken over head coaching duties for the Giants. Daboll was previously the Bills' OC, so he is well aware of what it takes to groom a young gunslinger. The other coaching change that should be a positive for Jones, was the hire of Mike Kafka as OC.

Kafka was previously the QB coach in Kansas City, where he likely picked up some things from one of the best arms in the league in Patrick Mahomes. All these factors lead us to play Daniel Jones over in passing yards this season.

It is never easy betting against the GOAT, but we believe there is a strong reason to believe that Brady does not put up the type of numbers he put up last season. Last season's 5,316 yards was the most he has ever thrown for in a season. That was with Bruce Arians running the show as head coach, and he has since retired and defensive-minded Todd Bowles has been promoted to head coach.

Brady is also going to have a depleted receiving corps. Obviously, the loss of Antonio Brown will not be significant, but the status of Chris Godwin, whose season was ended by a torn ACL, will be a huge blow to the offense. There has been no timetable for his return and even when he does, will he be the same threat?

The last factor that is playing into this handicap is the fact that Tampa has the 7th easiest schedule this season. That should lead to 2nd halves that will become run-heavy and limit Brady’s opportunities to pick up later yardage.

Mahomes has gone under this number just once in his starting career. That was 209 when he only played 14 games. We all know he lost arguably his biggest weapon in Tyreek Hill when he opted to go to Miami.

That said, Mahomes still has the best tight end in the league in Travis Kelce and they brought in JuJu Smith-Schuster, who has not had a great scenario in Pitt in recent years. Juju should be hungry and have lots to prove in 2022.

Kansas City has the toughest schedule in the league, which should lead to some bonus throws for Mahomes. If the Chiefs end up trailing in more games than normal, Mahomes will be forced to throw more frequently. We believe, barring any injury, this over should be no problem for Mahomes this year.