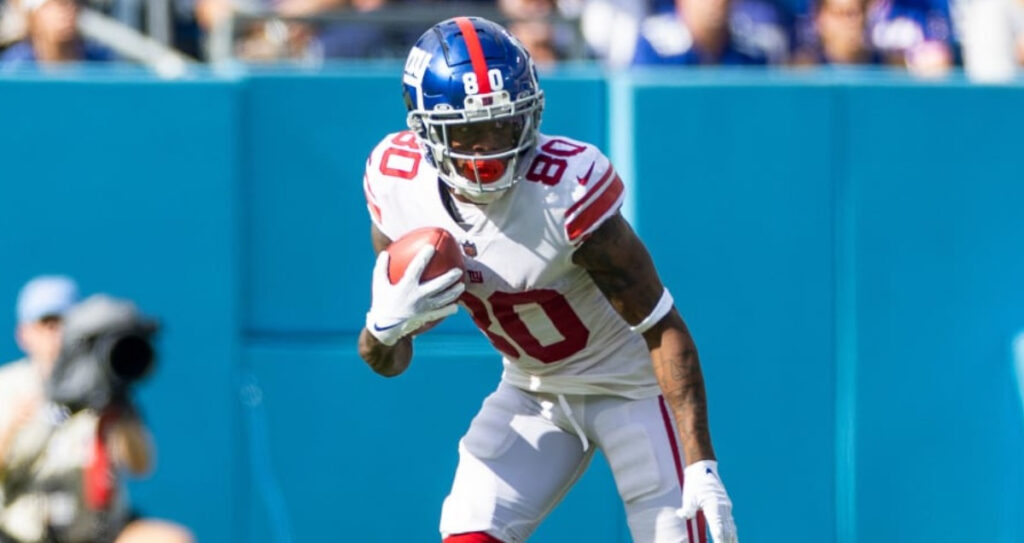 We like Richie James to stay under his PrizePicks receiving yardage prop on Saturday night.

The NFL Playoffs couldn't have started off better for us, as we were a perfect 6-0 last weekend! Kenneth Walker and Travis Etienne both went over their rushing yardage, and George Kittle barely stayed under his receiving yardage total for us. That made for an outstanding Saturday evening!

Things got even better on Sunday with our 3 props on the Giants at Vikings game. Saquon Barkley easily went over his receptions prop, and Daniel Jones turned in a masterful performance to go over his completions number. Irv Smith also stayed well under his receiving yardage for another 3-0 sweep.

As fun as last weekend was, this is a "what have you done for me lately" business. Let's stay HOT with 3 PrizePicks props for Saturday, January 21. Best of luck with all your action!

Engram has really stepped up his game of late, but we're thinking that this number is a tad inflated. Even with his increased production of late, the former Ole Miss Rebel is still only averaging 45.1 receiving yards per game this season. He's also stayed under this amount of yardage in 11 of 18 games.

The 6-3 240-pounder hasn't done much in his career versus Kansas City. In 3 career games against the Chiefs, Engram is only averaging 12.7 yards per game. We don't see that trend changing, especially against a KC defense that ranks 6th in the league in yards per pass allowed.

Kansas City's defense also ranks 5th in sack rate, so Trevor Lawrence may not get much time to find Engram over the middle of the field. Look for Engram to haul in a few receptions, but he'll still stay under this receiving yardage number.

This play is as square as they come, but we just can't help ourselves. Sure, we know that Kelce hasn't found the end zone in 6 straight games. However, that means he's due for a breakout game against this Jacksonville secondary.

For the season, Kelce has caught 12 touchdowns. He's by far Patrick Mahomes's favorite target once the Chiefs get the ball into the red zone. We're expecting Kelce to find pay dirt against a Jags defense that only ranks 21st in yards per pass allowed and 27th in passing yards allowed.

The market also agrees with this play. DraftKings prices this prop at -150, while BetRivers has it at a rather robust -190. We'll play the Over and hope it cashes in the first quarter.

In case you've been hiding under a rock all season, we'll let you in on a little secret. Philly's pass defense is no joke! The Eagles lead the league in yards per pass allowed and passing yards per game allowed.

That means that this is an awfully tough matchup for James on Saturday evening. For the season, James is only averaging 33.5 receiving yards per contest. He's also stayed under this yardage total in 11 of 17 games.

The Giants' offensive line is also another concern. New York ranks 27th in allowed sack rate, which won't bode well against a Philadelphia defense that leads the league in that category. Daniel Jones won't have enough time to hook up with James on any deep post patterns. Take the Under!

For our bonus bet, how about another Under? McKinnon has played a more prominent role in the Chiefs' offense over the last few games. Nevertheless, we still think this number is at least half a reception too high.

A few sportsbooks have the Under juiced pretty heavily, which tells us that this play is a great add to a PrizePicks parlay. Caesars has the Under at -147 and FanDuel has it at -138.