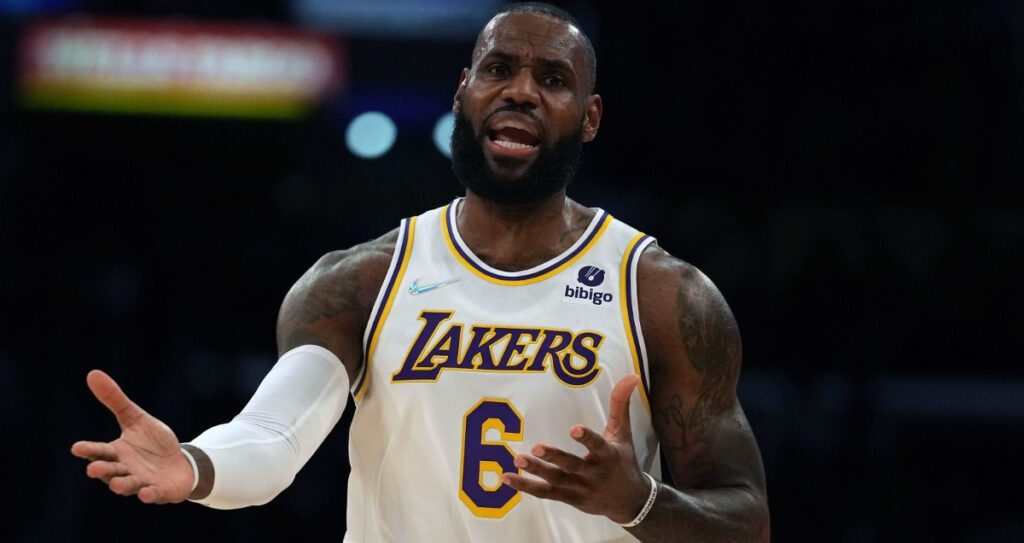 Even with a sore ankle, we like LeBron James to go Over 7.5 rebounds on Wednesday.

We split our NBA player prop picks last night with a 1-1 mark. De'Aaron Fox easily went over his points prop, as he poured in 37 points for the Kings as they upset the Jazz.

Jayson Tatum had a decent evening, but he fell short of going over his points/rebounds/assists number against the Thunder (of all teams...lol). Hopefully, some folks played our lean on Giannis to stay Under 12.5 rebounds, which cashed easily. That wasn't an official play though so we won't count it towards our yearly record.

Wednesday's NBA card is packed with 12 games for our viewing and betting pleasures. ESPN will carry Milwaukee vs Toronto at 7:30 EST and the Heat vs the Lakers at 10 PM. Both of those should be competive games and fun to watch.

Let's get back in the winner's circle with 3 PrizePicks NBA props for Wednesday, January 4. Best of luck with all your action on the hardwood.

Washington is starting to get more comfortable as a pro, and he's averaging a career high in points this season at 14.9 per game. With Kelly Oubre Jr. going down with the hand injury, we expect Washington to get even more opportunities to score points.

Memphis has a good defense, so the matchup is somewhat tough for Washington tonight. That said, the Grizzlies play at such a fast tempo that there should be plenty of scoring opportunities for both teams. The point total on this game is currently sitting at 236, which is always a good sign when playing a player to go over.

Washington is also in good current form for the Hornets. He's averaging 14.8 points over his last 9 games. The former Kentucky Wildcat is also averaging 17.6 points per game at home this season.

King James is listed as questionable for tonight's game with a banged up ankle. However, we still expect James to play and play well, especially since this game will be on ESPN.

The matchup should be quite favorable for James and his rebounding total. Miami only ranks 27th in rebounding, and James grabbed 9 rebounds against them back on December 28.

The yearly metrics are also on our side. James is averaging 8.2 rebounds per game this season and 7.7 per game at home. He's gone over this rebounding total in 16 of 29 games this season.

FanDuel, PointsBet, and Unibet all price this at 8.5. This tells us that there's lots of value in taking the Over 7.5 at PrizePicks.

We love DeRozan, but prefer him more as a scorer than a facilitator. He's stayed under this number of assists in 2 straight games and he got only 1 assist against Brooklyn back on November 1.

FanDuel, one of the sharpest books in the business for player props, juices this Under at -142. That's enough for us to roll with the Under in this spot.