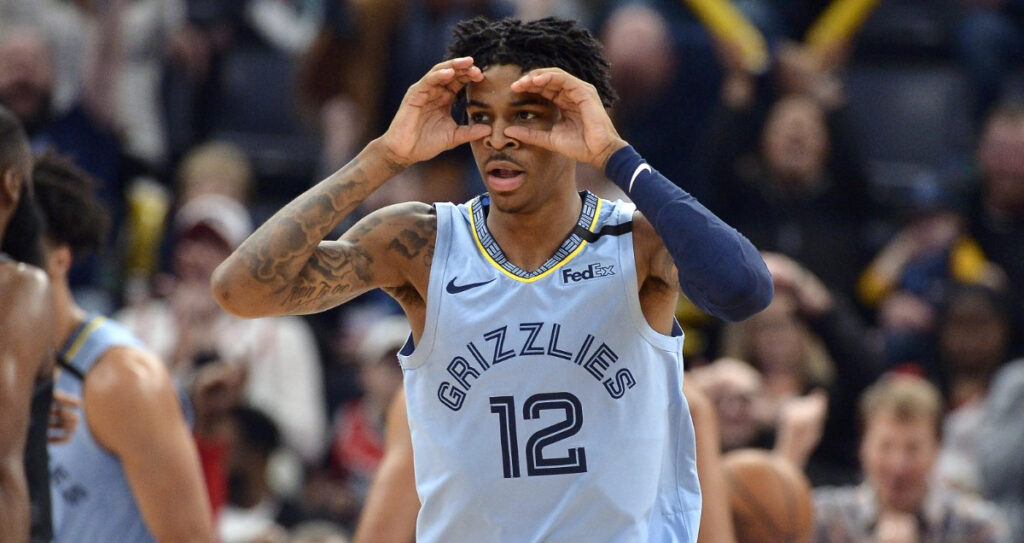 One of our favorite PrizePicks props for Wednesday is on Ja Morant.

There are 10 games on the NBA slate for Wednesday, and we're ready to roll. After winning 12 picks in a row, we've come back down to earth over the last few days. It's time to right the ship and return to our winning ways.

ESPN is hosting a couple of solid matchups tonight in the Association. The Nets take on the Sixers at 7:30 Eastern in what should be a fabulous game. The Warriors welcome the Grizzlies in the nightcap at 10 PM.

Tuesday was unkind to us, as we suffered a 1-2 fate. Kyle Kuzma scored a ton of points but only hit 2 three-pointers to kill our over. Kawhi Leonard also beat us by grabbing 9 rebounds. Our only winner was on RJ Barrett, who easily stayed under his point total to keep us away from the golden sombrero.

Here are 3 PrizePicks NBA Props for Wednesday, January 25. Let's make some money! Best of luck with your wagers tonight!

This one is a bit tricky because some of the trends support an Under while the market is telling us a different story. We're going to trust that the US sportsbooks have this one right. Every single one of them prices this prop at 28.5 instead of 27.5.

Morant shouldn't have any trouble scoring against the defending champs. Golden State ranks just 26th in points allowed and 20th in defensive efficiency. The former Murray State star lit up the Warriors for 36 points exactly 1 month ago on Christmas Day.

Morant has also played well of late against Golden State. He's gone over this point total in 3 out of the last 4 times he's played them. Look for Ja to go off tonight on the big stage.

This guy has one of the coolest names in the league. Dort is one of Oklahoma City's brightest young stars, but we're fading him in the rebounding department tonight. The former Arizona State star is averaging 4.3 rebounds per game this season.

Dort has also stayed under this number of rebounds in 25 of 46 games this year. He's played against the Hawks 5 times in his career and has only averaged 3.8 rebounds in those games.

A few of the sportsbooks in the market are also supporting an Under. BetRivers has the Under juiced to -148, while FanDuel isn't too far off at -146. Those are 2 strong indicators that the Under is the only way to play this one.

WOW, 2 Overs on the same day? That's not like us (lol)! Nevertheless, we think there's some value on this prop over at PrizePicks. Williams is averaging 2.9 assists per game so far this season.

The rookie from Santa Clara has also been more of a facilitator of late. He's averaging 3.2 assists over his last 5 games. He's gone over this number of assists in 5 of his last 7 outings.

Tonight's matchup against the Hawks shouldn't be too tall of an order for Williams. Atlanta only ranks 21st in points allowed and 18th in assists allowed. Look for Williams to rack up at least 3 assists tonight. Take the Over!