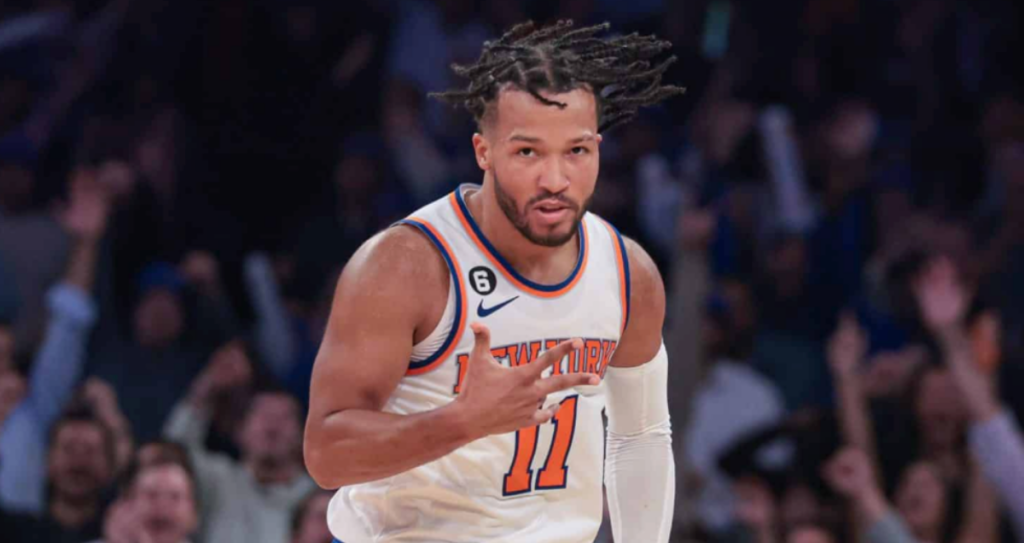 We like Jalen Bruson to go Over 1.5 made three-pointers tonight against the Warriors.

Tuesday brings great joy to hoops fans because of the ever-so-lovable NBA on TNT doubleheader. Tonight we get the Golden State Warriors hitting the highway to take on the New York Knicks in the first stanza. The late nightcap features the Memphis Grizzlies and the Denver Nuggets.

Our NBA player props have struggled of late. They went 0-2 last Thursday, and that evened up our yearly record at 27-27. Needless to say, it's high time to start another good run to get back in the black!

Here are 3 PrizePicks NBA props for Tuesday, December 20! Two of these are on the 7:30 PM Eastern Time tip between the Warriors and Knicks. Best of luck with your action tonight, everybody!

Poole is coming off an impressive 43-point outing against the Raptors on Sunday. We get that Poole will have more of an active role in the Dubs' offense since Steph Curry is out with a shoulder injury. Nevertheless, we think this number is a bit too high, even with Curry on the bench.

Though the situation has changed, we still have to trust the overall yearly trend that shows that Poole has stayed Under this point total in 25 of 31 games. He's also stayed Under in 3 of his last 5 games.

For the season, Poole is only averaging 19 points per game and 20.4 on the road. The matchup won't be a cakewalk for Poole either, as the Knicks rank 5th in 3-point defense. We also like that Caesars has this juiced to -152, and DraftKings has it at -140.

Let's stick with our Under theme and play DeRozan to get 5 rebounds or less against the Heat. The former USC standout is only averaging 4.9 boards per game this season. He's also only grabbing 5.1 rebounds per game on the road.

Over his last 3 games, DeRozan has had rebounding totals of 4, 4, and 5, respectively. Miami isn't exactly world-class at rebounding the ball, but we still think they'll do enough to limit DeRozan on the glass tonight.

As for market support, we've got plenty of it on this play. FanDuel has this priced at -154, while BetMGM has it at -140. Unibet lists this prop at a full rebound lower at 4.5. We'll ride the wave and hope that DeRozan does more scoring than rebounding in this game.

Jalen Brunson OVER 1.5 Made Three-Pointers

Brunson is settling in with his new team, and he's starting to get more comfortable in the Knicks' offense. The former Villanova Wildcat is in excellent current form, as he's hitting 48.7% from downtown over his last 10 games.

For the season, Brunson is averaging 1.6 made three-pointers per game. He's also hit three or more from beyond the arc in 3 straight outings. We like both of those trends and think they'll hold up tonight.

As for the matchup, it's a pretty decent one for Brunson. Golden State is just so-so at defending the 3-ball. The Warriors only rank 12th in three-point defense, as they allow conversions on 35.3% of attempts.