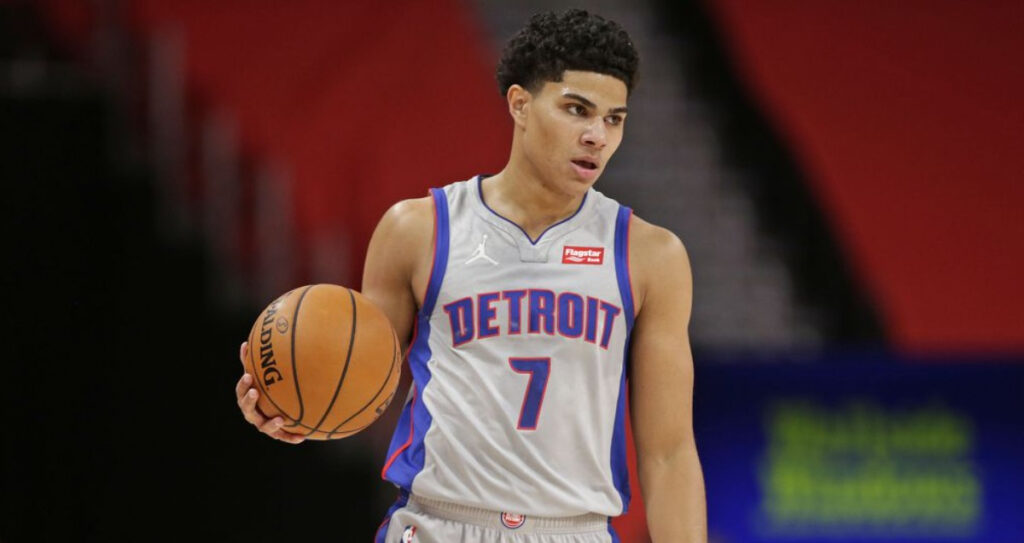 There's an early NBA game in Paris and we like Killian Hayes to go over 14.5 points in it.

We're fresh off 4 straight 3-0 sweeps (when combining NFL and NBA) and looking to stay hot! Last night was the perfect evening, as all 3 of our picks were rocking-chair winners. Jalen Brunson, LaMelo Ball, and Josh Giddey all performed as planned.

(PSA: Just because we're on a hot streak doesn't mean you should be raising your bet sizes! Stick to your normal bankroll management system and just let things play out!)

Thursday's NBA slate is a little odd, as we get 5 games. One of them (Chicago vs Detroit) tips off at 3:00 PM Eastern in Paris. We do have a play in that game, so make sure to get your picks in early.

Let's continue to cash with 3 PrizePicks NBA Props for Thursday, January 19. Remember, we advise putting a half unit on the Power Play and a full unit on the Flex Play. Best of luck with all your action.

We just missed getting this one in before PrizePicks wised up and moved it from 13.5 to 14.5. We still think there's enough value to pull the trigger, however. Hayes is averaging just 10 points per game this season, but he's put up 15 per game over his last 5.

The 21-year-old from Lakeland, Florida, seems to have found a good groove since coming back from his suspension a few weeks ago. The Pistons are giving him a few more minutes per game and it's starting to pay off. He's gone over this point total in 6 of his last 10 games.

The matchup should be a favorable one for Hayes today in Paris. The Bulls rank just 26th in defensive efficiency. Look for Hayes to capitalize on this weak D and easily soar over 14.5 points.

Sportsbooks are continuing to price Embiid's rebounding prop a shade too high. He's averaging 9.8 boards per game this season and 9.3 on the road. Both of those trends suggest that this number is anywhere from 0.5 to 1.0 too high.

For the season, Embiid has stayed under this number of rebounds in 18 of 33 games. Maybe that's why FanDuel is juicing the Under at -146, while Caesars has it set at -147.

The matchup also won't be super easy for the big fella tonight. Portland ranks 4th in the league in rebounds allowed. Look for Embiid to grab 10 or fewer off the glass in this one.

It's a known fact that we like Jayson Tatum around these parts. Heck, we even picked him to win NBA MVP this season. That being said, we're fading him in the assists market tonight against the Warriors.

Speaking of Golden State, they did a great job of shutting down Tatum in the last meeting on December 10th while holding him to only 2 assists. Look for the Dubs to double-team Tatum as much as possible in this contest. He's averaging just 4 assists per game at home this season.

The yearly numbers are also in our favor, as Tatum has stayed under this number in 24 of 43 games. Tatum may find a way to score some points, but we're banking that he won't do too much as a facilitator.