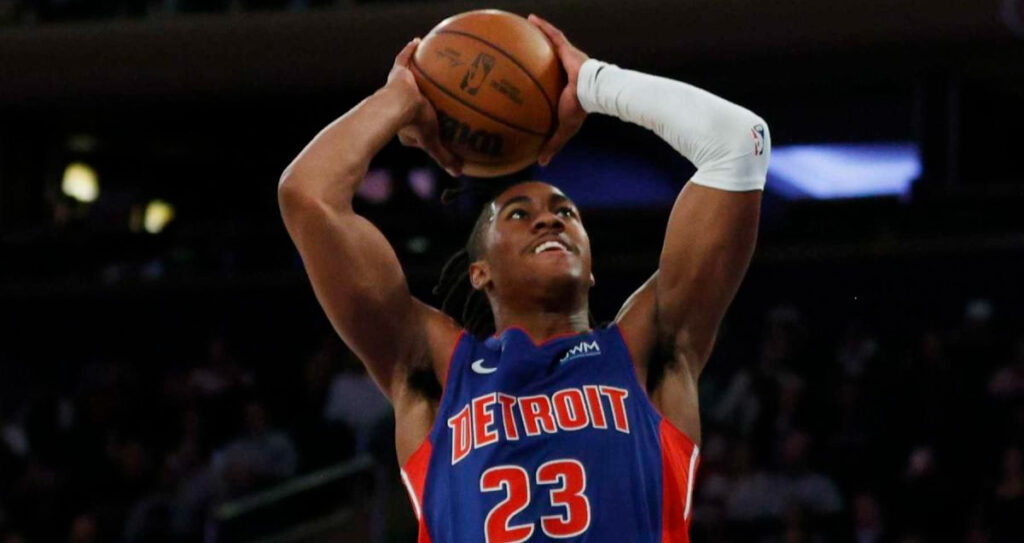 One of our 3 PrizePicks NBA player props is on Jaden Ivey Over 13.5 points.

We went 1-2 last night with our NBA player props. CJ McCollum ended up going over his rebounds number by 1.5, but the real heartbreaker was on Giannis Antetokounmpo. We took the Greek Freak to go Over 30.5 points, and he finished with exactly 30!

As bummed as we are over the loss, we must mention our good fortune as well. Our lone winner was by the hook on Joel Embiid, who finished with 31 points. That barely cashed, as we took Over 30.5 points.

Oh well, it's time to shake it off and right the ship! Let's bounce back strong with 3 PrizePicks NBA Player Props for Wednesday, December 14. Best of luck tonight!

The Pistons have lost 3 in a row, but Ivey has been playing some pretty good basketball of late. He scored 16 points against the Lakers on Sunday and shot much better from the free-throw line. We think the rookie from Purdue should have a respectable game against Charlotte tonight.

The Hornets have struggled on the defensive side of the court all year long. They only rank 21st in the league in defensive efficiency and 24th in points per game allowed (116.2). That should mean lots of open looks for Ivey, who's shooting 40.4% from the field this season.

We like that Ivey is averaging 15.3 points per game and that he's averaging 14.3 on the road. Ivey has scored 14 points or more in 16 of 25 games this season. There's a reason why FanDuel, PointsBet, and UniBet all price this prop a full point higher than PrizePicks.

We'll stay in the same game for our next prop on Mason Plumlee. The former Duke Blue Devil has done pretty well on the glass of late. He's averaging 10.2 rebounds over his last 10 games and brought down 12 against Philly on Sunday.

That said, we like the Under in this spot for a variety of reasons. One, Detroit isn't terrible on the glass. The Pistons rank 12th in rebounds per game with 52.2.

Secondly, the matchup for Plumlee may be a bit tougher than some folks realize. He'll be going up against Isaiah Stewart, who is one of the Pistons' best rebounders. Stewart is 6-9, 250 pounds, and ranks 27th in the league in rebounds per game (8.5).

Through 27 games this season, Plumlee has finished under this rebounding total in 17 of them. It also doesn't hurt that FanDuel has this at -146, and PointsBet has it at -140.

We probably need our heads examined for fading Luka in any way, shape, or form. However, we think this spot warrants it against the Cavs. Cleveland is the best defensive team in the league, from a points-per-game allowed standpoint (105.1).

The Cavs are also stingy when it comes to allowing assists, as they rank 3rd in that category. Though Doncic is a legitimate triple-double threat each night, we think he'll be mainly a scorer in tonight's game.

We know that Luka is averaging nearly 10 assists per game over his last 10, but we're expecting a little bit of regression tonight. Even with that impressive stat line, Doncic has still stayed Under this assists total in 3 of his last 5 games.

DraftKings has the Under priced at -150, and BetMGM has it at -155. This one's hard to hit submit on, but we'll roll with it and trust those numbers. Best of luck with all your Wednesday NBA action. Let's get back in the winner's circle.