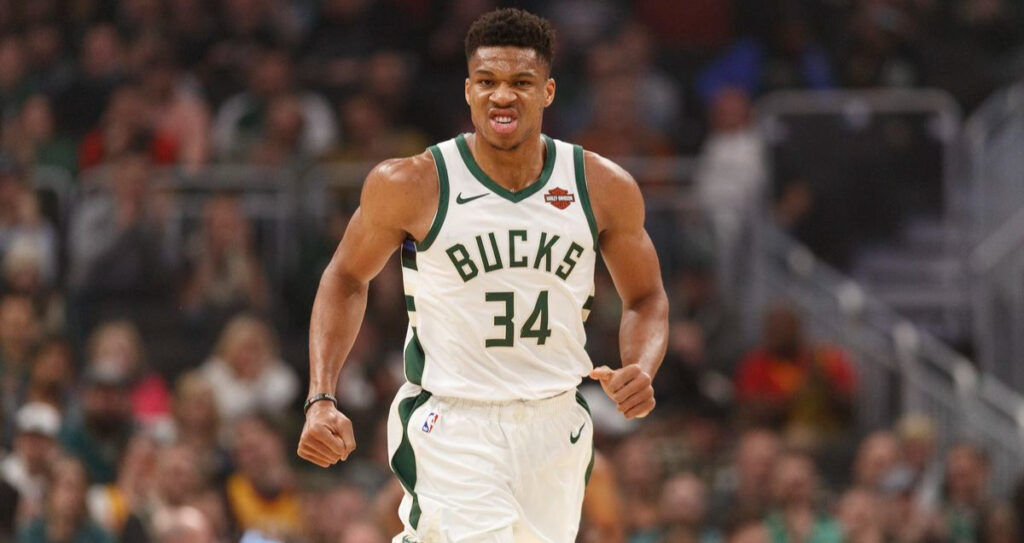 One of our 3 PrizePicks NBA props for Tuesday is on Giannis Antetokounmpo to go Over 30.5 points.

Our NBA player props continue to cash at a pretty decent rate, with a 25-21 record so far this season. Last Friday, we ended up at 2-1, with our only loss coming on Ja Morant Over 1.5 three-pointers! The poor fella ended up going 0-7 from downtown.

Tuesday's NBA card blesses us with 5 games to tickle our wagering fancies. As usual, we get a doubleheader on TNT. The Bucks will host the Warriors in the early tip, while the Celtics will hit the road to face the Lakers in the late-night matchup.

You knew we had to give you a little bit of action in the early TNT game between Milwaukee and Golden State. PrizePicks is being way too generous with this point number on Giannis. Every legal sportsbook on the planet prices this a full point higher at 31.5, which literally means we're getting 3.2% in value with this play.

The Greek Freak has been his usual dominant self this season. He's averaging 31.1 points per game and has gone over this point total in 12 of 22 games. The 7-foot 242-pounder is also in great current form, as he's gone over this number of points in 4 of his last 6 games.

The matchup should also be pretty favorable for Giannis against Golden State. The Dubs are giving up 116.1 points per game so far this season, which ranks a pitiful 23rd. They also only rank 18th in offensive rebounds allowed (10.8). That tells us that Giannis should get some 2nd chance buckets tonight in this one!

We cashed an Over with Embiid's rebounding total on Friday, but tonight we'll attack his point total. This situation is almost identical to Giannis's. We usually look to take star players to go Under their point totals, but the value is on the Over tonight in both of these rare cases.

Every sportsbook in the market prices this one a full point higher at 31.5. What's even crazier is that Caesars and DraftKings are pricing this at 31.5, with the Over juiced to -135 and -130, respectively.

Here's another play where we're simply trusting the market. FanDuel is one of the sharpest books around for player props, and they price this Under at -148. Why does that matter?

Well, I'm glad you asked! The payout on a PrizePicks 3-leg Parlay implies that each leg has odds of -141. That means that each leg of that parlay must win 58.4% of the time to break even. FanDuel's odds of -148 tell us that they think McCollum has a 59.8% chance of staying Under 4.5 rebounds.

For folks that can't stand math (I don't blame you!), we'll get back to regular trends. McCollum has stayed Under this total in 12 of 22 games this season. He's also stayed Under this amount of rebounds in 5 of his last 6 games.

The only stat that does concern me is that McCollum is averaging 4.9 rebounds per game this season. However, for his career, he's only averaging 3.5 rebounds per game. We'll cheer for some regression to the mean tonight and play the Under.

Thanks as always for reading! Let's go 2-1 or better with these to stay hot! Remember, the best way to play these at PrizePicks is to put a half unit on the Power Play and a full unit on the Flex Play.