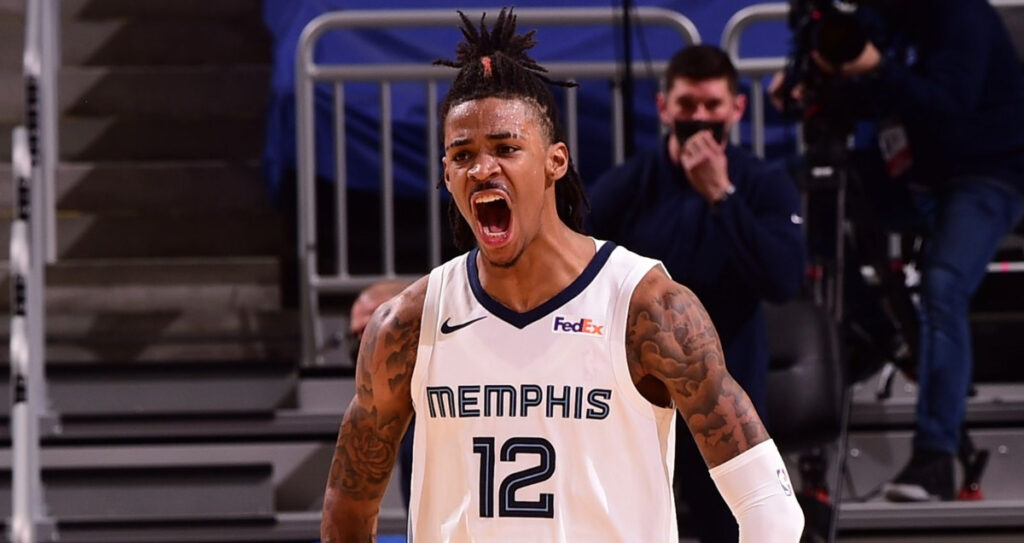 One of our 3 PrizePicks NBA Player Props for Friday is on Ja Morant Over 1.5 Three-Pointers Made.

We passed on yesterday's NBA small slate of games. Honestly, we needed a mental break after an awful 0-3 reverse sweep on Wednesday. Our picks on Julius Randle Under 9.5 rebounds and Trae Young Over 26.5 points weren't even close!

Jrue Holiday came close to preventing the golden sombrero. We bet him to go over 6.5 assists, but he finished with 6! That's just the way it goes sometimes in this crazy business.

Here are 3 PrizePicks NBA Player Props for Friday, December 9. As usual with PrizePicks, we recommend putting a half-unit on the Power Play and a full unit on the Flex Play. Let's get back to our winning ways and build on our season record of 23-20.

Doesn't it seem like we always have to involve a former Kentucky player in our picks? I guess it just goes to show how many talented recruits John Calipari keeps luring to Lexington. We have nothing against PJ Washington, but this is a tough matchup for him tonight.

The Knicks aren't a great defensive team, but they do a fantastic job of limiting points down low. New York ranks 5th in the league in points allowed in the paint (47). Washington will have another former Wildcat, Julius Randle, defending him on the block.

The metrics also support an Under play in this spot. Washington has stayed under this point total in 14 of 25 games this season. He's also stayed Under this number in 4 of his last 6 games.

Embiid has already missed several games this year, but he's still one of the league's best rebounders. At 7-foot tall and 280 pounds, it's easy to see why he does so well on the glass. Embiid's only averaging 9.6 rebounds per game this season, but we feel he'll get that number back closer to his career average of 11.3.

The overall sports betting market agrees with our assessment of this Over. FanDuel and PointsBet both price this prop a full point higher. Caesars and DraftKings are still using 9.5 but have the juice set at -143 and -135, respectively.

Even though Embiid's missed a few games, he's currently averaging 35.3 minutes per game, which is a career-high. He's gone over this rebounding number in 9 of 16 games. The Lakers only rank 27th in rebounds allowed per game (54.9), so the matchup is somewhat favorable for Embiid.

Ja Morant OVER 1.5 Three-Pointers Made

What's not to like about Ja Morant? This kid can do it all, and we love watching him play! The former Murray State star is shooting nearly 38% from downtown this year, which is a career-high.

So far this season, Morant is making 1.9 three-pointers per game. That tells us there's a small amount of value in the Over. We also love the fact that Morant is averaging nearly (5) three-point attempts per game.

Through 21 games so far, Morant has hit two or more shots from behind the arc on 12 occasions. The former 2nd overall draft pick is also in great current form. He's hit 2 or more three-pointers in 4 straight games.

BetRivers has this prop priced at -148, and BetMGM has it at -130. Market support is always a good thing. However, the factor we like most is the Pistons' terrible defense.

Detroit ranks 27th in points per game allowed. They're only mediocre at defending the three-ball, which is probably why Morant made 3 of them back on December 4th. We're expecting more of the same tonight.