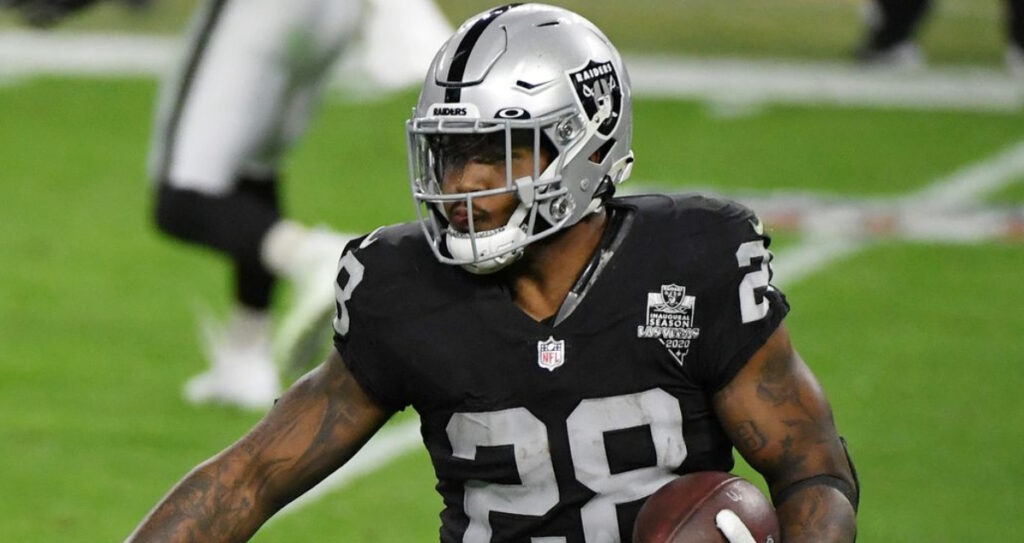 We like Josh Jacobs to go Over his rushing yardage total as 1 of our 3 NFL PrizePicks props for Week 11.

After a rough 1-2 performance on Monday Night Football, we are hungry for a bounce back in Week 11. Though the NBA season has started strong, our NFL player props have struggled of late. We've made some adjustments and are ready for the stretch run.

The Sunday slate of this week's card features a lot of divisional rivalries. The Patriots will host the Jets, the Bengals hit the highway to visit the Steelers, and the Broncos welcome the Raiders. Here are 3 NFL PrizePicks props for Week 11.

Jacobs has been a true workhorse this season for new head coach Josh McDaniels. The former Alabama star is one of the few guys in the league that can be considered an every-down type of running back. We expect Jacobs to get at least 20 carries in this game, which will give us an excellent shot at this Over!

We love the fact that Jacobs has torched the Broncos throughout his career. Through 6 career games against Denver, Jacobs is averaging 102 rushing yards and 1.5 touchdowns per game. Jacobs racked up 144 yards back in Week 4 against this Broncos defense and we're thinking he could do the same in this game.

As good as Denver's defense has been this season, they've struggled mightily against the run. The Broncos rank 20th in rush defense DVOA and 24th in yards per rush allowed. Las Vegas averages 4.8 yards per rush, which ranks a respectable 9th in the league.

The Washington Commanders just gave Jeff Saturday and the Colts the blueprint for beating Philadelphia. Washington pounded the rock and kept Hurts and company on the sidelines for much of the game. Look for Indy to try to do the same thing here.

If Saturday commits to giving Jonathan Taylor plenty of carries, Matt Ryan won't be throwing many passes in this game. That makes us lean towards the Under! Philly has a great defense but they only rank 25th in yards per rush allowed so Indy should have some success on the ground.

This is an interesting game since both the Jets and the Pats are coming off byes. New York will be flying high off their huge upset victory over Buffalo a couple of weeks ago. New England trounced Indy by 23 points back in Week 9.

We're expecting the Jets to stack the box to try to take away New England's running game in this one. The Pats beat the Jets back in Week 8 and Stevenson rushed for 71 yards in that game. However, we think New York's defensive line will be out for revenge this week.

Look for the Jets to spend a ton of time in the Pats' backfield. New York ranks 5th in yards per rush allowed (4.0) while New England only ranks 26th in yards per rush gained (4.1). The Jets are also 10th in rush defense DVOA while the Pats are 22nd in rush offense DVOA.

Stevenson has gone Under this rushing yardage total in 2 of his last 3 games. Damien Harris missed New England's last game against Indy with an illness but he'll be back to split carries with Stevenson in this one. Take the Under!