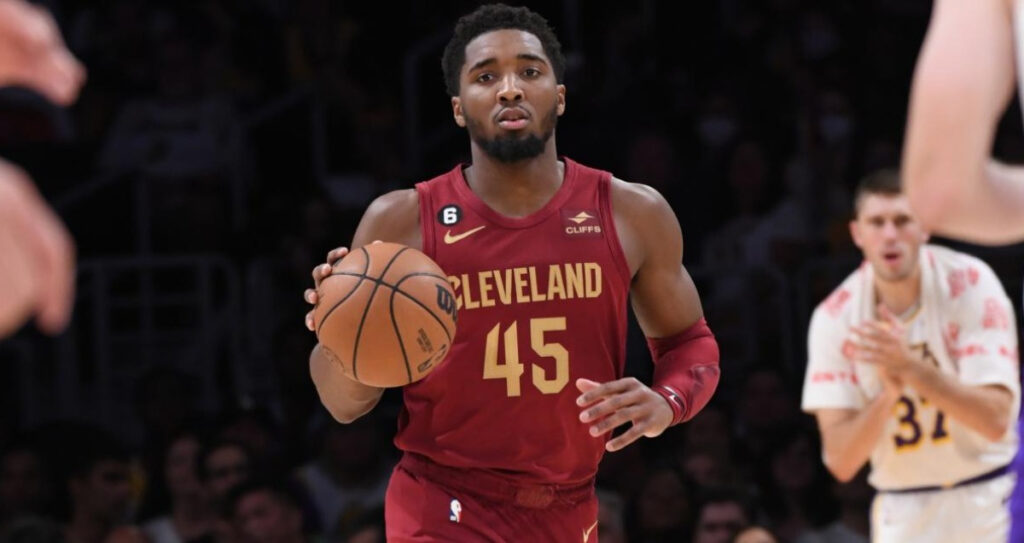 We love Donovan Mitchell but we're playing him to stay Under 26.5 points with 1 of our 3 NBA PrizePicks props for Wednesday.

We had a tough night on Tuesday with our NBA PrizePicks player props. We ended up going 1-2 but were only 1 Harrison Barnes rebound away from going 2-1. In the gambling world, close losses hurt much more than blowouts.

It's time to put all of that behind us and focus on Wednesday's card, which has a robust 10 games on it. You can catch both the Celtics at Hawks and the Warriors at Suns on ESPN. Here are 3 NBA PrizePicks props for Wednesday, November 16. Let's cash!

We hate fading a scoring machine like Donovan Mitchell, but we're wondering just how healthy he is. Mitchell missed Cleveland's last game on Sunday with an injured ankle and is listed as a game-time decision for tonight's contest against Milwaukee.

Even if Mitchell plays, we are betting that his minutes will be limited. There's no way the organization wants to risk his health on an early-season matchup like this one. Also, if the game gets out of hand on the scoreboard, head coach JB Bickerstaff will definitely rest Mitchell on the bench.

This play is scary because Mitchell is averaging 31.6 points per game this season. However, the Bucks play solid defense so scoring on them won't be a walk in the park. Milwaukee leads the league in defensive efficiency and is 5th in points per game allowed. We'll play the Under and hope that Mitchell only plays about half of his normal minutes.

We cashed this same play on Friday and don't mind running it back as they say. Tatum is playing like an MVP candidate so far this season. The former Duke standout is averaging nearly 32 points per game and is shooting 49.1% from the field.

All of that being said, Tatum has never been a gifted facilitator. So far this year, Tatum is averaging 3.9 assists per game, which favors the Under. His career assist numbers are even lower at 3.1 per game. There's a reason why FanDuel has this Under juiced to -138, which clearly shows which side they're learning toward.

We expect Tatum to light up the scoreboard tonight but not the assists column. Tatum has stayed Under 4.5 assists in 8 of 14 games this season. He's also stayed Under this number in 2 of his last 3 games.

Mikey Mikey Mikey, you've lost your mind! You're playing a center to go Over their assists total? Yep! As crazy as it may sound, there's a ton of value on Plumlee to go Over his assist number tonight against the Pacers.

Both DraftKings and Caesars are heavily juicing the Over and with good reason. Plumlee is averaging 4.1 assists per game this season and has gone Over this number of assists in 10 of 15 games! He's also gone over 3.5 assists in 4 of his last 5 games.

The matchup is also a favorable one for Plumlee. Indiana isn't exactly the most gifted defensive team in the league. The Pacers only rank 18th in assists per game allowed (25.8). Our projections have Plumlee finishing with 5 assists so we'll gladly take this one Over!

Best of luck with all of your NBA hump day action! Let's build on our 10-5 record! A sweep would be awesome but we'll gladly take a 2-1 night. Remember, with the Flex Play at PrizePicks, you still get a pretty nice payout by hitting 2 out of 3.