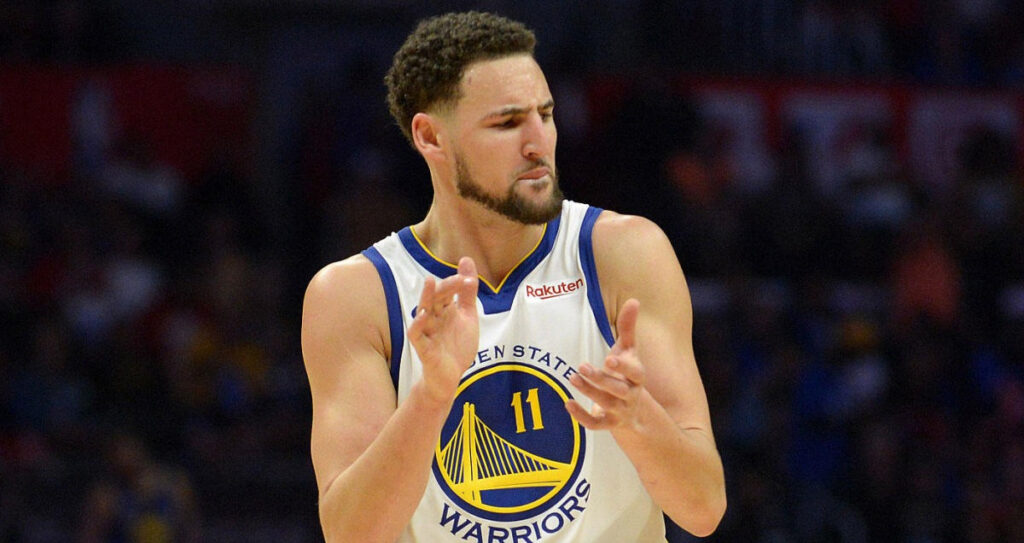 We like Klay Thompson to stay Under 18.5 points as 1 of our 3 NBA PrizePicks props for Friday.

Well, the hook finally went our way last night! We played Anfernee Simons to go Over 26.5 points/rebounds/assists and he landed on exactly 27. De'Aaron Fox easily exceeded 6.5 assists to put us in the winner's circle!

The Friday NBA card is loaded with 11 enticing matchups to keep us entertained. You can catch both the Bucks at 76ers and the Knicks at Warriors on ESPN's doubleheader. We have a play in the late night tip that we'll share below.

After a 2-0 sweep on Thursday, we look to stay hot with our NBA player props! Here are 3 NBA PrizePicks props for Friday, November 18. Let's cash some tickets!

Terry Rozier OVER 2.5 Made Three-Pointers

This looks like a fun one! Rozier can light it up from downtown and we expect him to do just that against this Cleveland defense. The Cavs rank an abysmal 23rd at defending the three, as they allow conversions on 37.6% of attempts.

The overall matchup for Rozier should be a good one, as Cleveland is 18th in the league in defensive efficiency. Rozier is averaging 3 made three-pointers per game this season and throughout his 4-year stint with Charlotte.

The former Louisville standout has gone over this number of three-pointers in 5 of 9 games this season. Rozier only made 1 three-point shot on Wednesday against Indiana and 1 against Orlando on Monday. We're expecting some positive regression to work in our favor so take the Over!

We're just trusting our projection on this one, as our math model only projects Brown to get around 2 assists tonight against the Pelicans. We're also taking the lead from 5 major sportsbooks that are heavily juicing the Under on this play. FanDuel has this prop priced at -140 and Caesars hit it at -127.

In 14 games so far this season, Brown has stayed Under this number of assists in 9 of them. The former Cal Bear is averaging 3.2 assists per game this year and only 2.1 assists per game for his career. Both of those stats point toward an Under.

We also like the fact that Brown didn't record a single assist on Wednesday against Atlanta. He's also stayed Under this total in 5 of his last 7 games. Brown will probably score a lot tonight but we don't see him passing the ball much against New Orleans.

What in the world is going on with Klay Thompson? He just hasn't been the same guy since the bad Achilles injury. The former Washington State sharpshooter is only averaging 15.1 points per game this season.

Thompson has scored 18 points or less in 8 of 12 games this year. He was inactive against San Antonio on Monday but did come back with a 19-point performance on Wednesday against Phoenix. Even with that decent evening, Thompson has still stayed under this point total in 3 of his last 4 games.

The matchup could also be troublesome for Thompson tonight. The Knicks' defense has played better than expected to start the season. As a team, New York ranks 9th in defensive efficiency.

We think Thompson tops out at around 16 points tonight so we'll ride the Under. Best of luck with all of your Friday NBA action! Let's start the weekend off on the right foot.