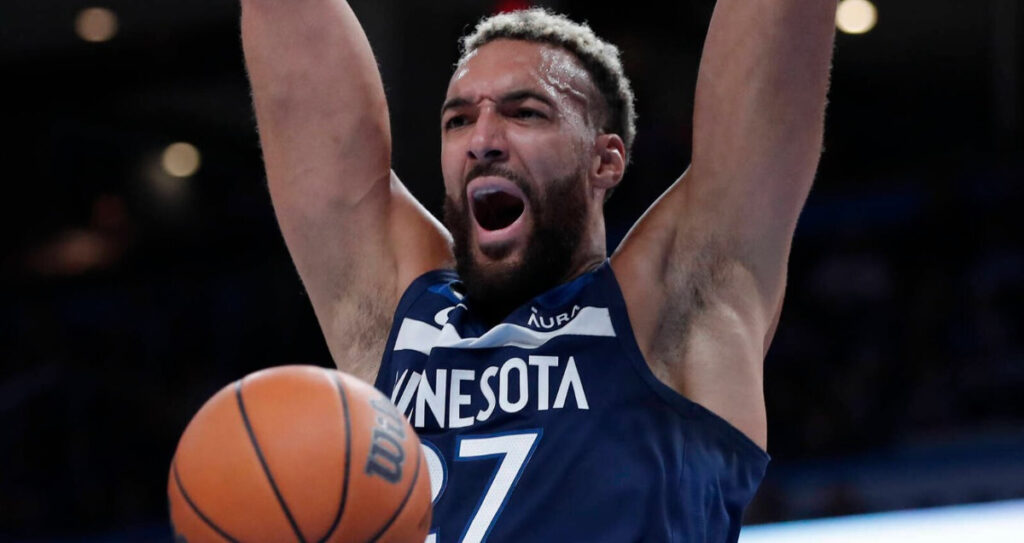 We like Rudy Gobert to go Over 12.5 points as 1 of our 3 NBA PrizePicks props for Friday.

Our NBA player props went 1-1 last night, as Joel Embiid spoiled our sweep by grabbing 13 rebounds. Terry Rozier was the lone bright spot on our card, as he finished with a combined 33 points, rebounds, and assists.

We're off to a 6-3 start but still looking for that elusive sweep to really cash in. Let's change that tonight. Here are 3 NBA PrizePicks props for Friday, November 11.

As we usually do when we have 3 PrizePicks props, we're putting 2% of our bankroll on the Flex Play and 1% on the Power Play. By doing this, we'll still show a small profit for a 2-1 performance. Best of luck tonight!

At 234 points, this game between Minnesota and Memphis has one of the highest totals on the board. It's easy to see why since the Grizzlies play at such a frenetic pace. With that style of play from at least one team, we look to find an Over.

Gobert could have a huge game tonight. He's a beast in the paint and Memphis gives up 51 points in the paint per game, which only ranks 20th in the league. At 7-1 and 258 pounds, Gobert is a nightmare to defend and we think he'll give the Grizz some problems down low.

The 9-year NBA veteran has also gotten off to a good start this season. He's averaging 13.8 points per game and 13.6 rebounds per game. Our projection has Gobert scoring at least 16 points tonight so we'll gladly play the Over!

Tatum has been on fire to start the season, as he's averaging 31.2 points and nearly 7 rebounds per game. The former Duke standout has led the Celtics to an impressive 8-3 record so far.

One thing we've noticed though is that Tatum's assists numbers have been down a bit, probably because he's been so hot shooting the rock. He's only averaging 4.1 assists per game, which makes us question why this number is posted at 5.5.

We expect a big night from Tatum from a scoring standpoint, but not as a facilitator. He's only gone over this assist total in 2 of 11 games this season. This sure looks like a good spot for the Under, as our numbers only have Tatum getting 3 assists tonight.

FanDuel is one of the sharpest sportsbooks out there for player props. They have Lopez's rebounding total juiced at -132 to the Under. That fact alone makes us confident enough to throw this prop into our PrizePicks parlay.

For the season, Lopez is averaging 6.7 rebounds per game, which is slightly higher than his career average of 6.2. It does concern us that San Antonio is not a particularly good rebounding team, but we still feel that this number should be around 6 or 6.5 instead of 7.5.

Through 11 games this season, Lopez has only eclipsed this rebounding total on 4 occasions. Though Lopez was inactive for much of last season, he still never went Over 7 rebounds in 13 games. Our numbers have him topping out at 5 rebounds tonight so we'll roll with the Under.