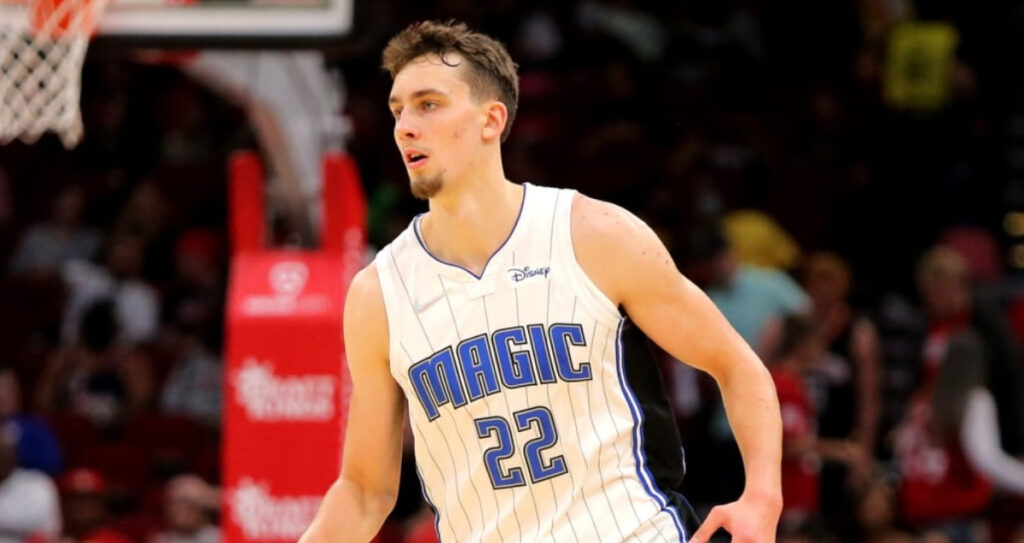 We like Franz Wagner to go over 20.5 points as 1 of our 3 NBA player prop bets for Friday.

We were off on Giannis’s point total projection as he played a season-low 22 minutes in Milwaukee’s blowout loss to Charlotte, while Chris Paul was injured and played just 12 minutes in the Suns’ loss to the Heat.

We’re getting a feel for the NBA prop market as the football season enters its last month and have another batch of player props for Friday night’s action this week.

There is exactly one matchup between teams with winning records which makes this prime territory for a great night of side betting and stat padding. Let’s get to the picks.

The Serbian Sniper (hoping to see this pop up on his Basketball Reference page soon) has not missed a beat since returning from knee surgery in early December.

He’s setting career highs in per-game metrics such as minutes (31.2), field goal attempts (14.3), three-point attempts (8.1), and points (16.7) while maintaining his shooting averages overall and from beyond the arc.

Trae Young missed Wednesday’s game against Milwaukee with an undisclosed illness, and we’re assuming that leaves his status for Friday in question. Even if Young plays, Bogdanovic should take advantage of a matchup with a below-average defensive team in the Pacers on Friday night.

Vucevic is riding a hot streak of seven straight games with double-digit rebounds and even mixed in a triple-double last Friday against Philadelphia with 10 assists and 19 points. That marks his best rebounding streak of the season by one over a six-game spurt in which he grabbed 12+ rebounds from late October into early November.

Vucevic’s 37 minutes per game in six January fixtures are his most in a month this season, a pace we don’t think he’ll maintain. He hasn’t played less than 30 minutes in a game since December 16, for reference.

On top of a projected reduction in floor time, Oklahoma City is the 8th-best rebounding team in the league and won’t give away many free boards to Vucevic. Play the under against the Thunder on the big man’s rebounds.

Wagner has been shooting the ball incredibly well recently, averaging 23.8 points per game in the Magic’s last five games with a field goal percentage of 56.6% during that span. The second-year Michigan man has raised his efficiency as his Usage Rate has increased from 20.7 to 24.5 this season.

His True Shooting percentage has jumped to 59.4% from 55.9%, which is the best mark in the league for players 21 years old and younger at the halfway point of the year. The Magic face a Jazz team that has allowed 110+ points per game in 14 straight games and 28 out of their last 29 dating back to November 13.

Wagner will continue to assert himself as one of the best young scorers in the league in Salt Lake City on Friday. We’ll be right there with him to cash in.