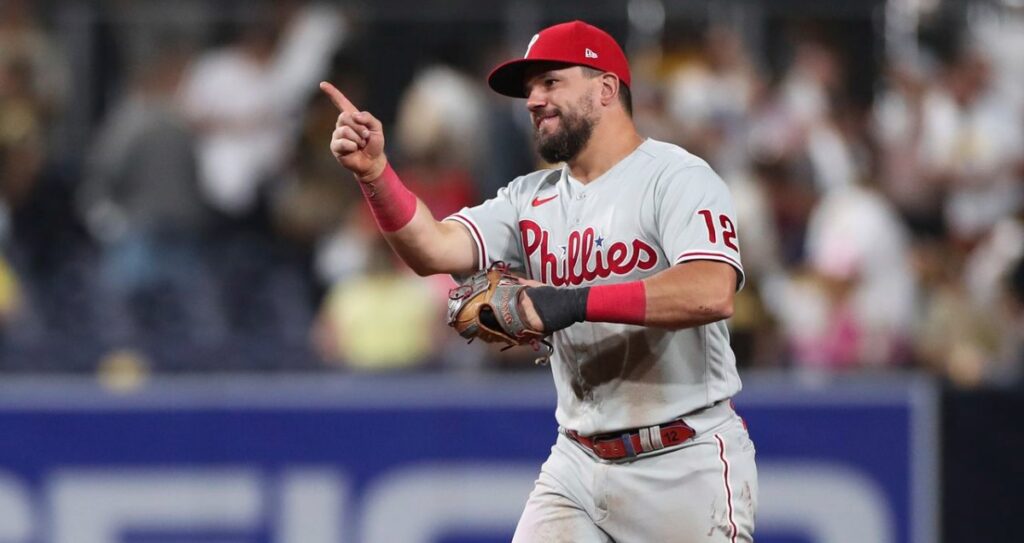 Kyle Schwarber is a big reason why we like the Phillies tonight as one of our best bets for Wednesday.
By Mike Noblin on July 6, 2022

Well, it was a disappointing Tuesday for us and our MLB best bets. The Yankees' potent lineup forgot how to hit and the Brewers bullpen forgot how to get people out. The Astros barely covered the -1.5 run line against the Royals to keep us from getting swept.

We are kicking ourselves for not putting the Phillies on yesterday's card. They made the shortlist but we passed in fear of their offense being inept without Bryce Harper. They proved us wrong in a big way by scoring 11 runs!

In case you haven't noticed, this Nationals team is flat-out awful. They've only won three out of their last ten and have lost five straight games. Washington is also losing by margin this season, as they are only 33-50 on the run line.

Philly has a huge edge in the starting pitcher department today. Aaron Nola is only 5-5 this year but he's been pitching well over his last few starts (2.05 ERA L3). Nats starter Josiah Gray tends to get too much of the plate with his pitches, especially at night as his ERA is 6.56 in those starts.

The Phillies also have a much better bullpen and a more well-rounded lineup. Kyle Schwarber hit two homers yesterday and we expect him to stay hot today in what should be a comfortable Phillies win.

Houston has been good to us all year long and we'll keep riding them as long as their lineup keeps producing. The 'Stros have won eight straight games and have scored 37 runs since the calendar turned to July. Yordan Alvarez has been the driving force behind this dangerous lineup, as he's hitting .313 with 25 homers and 58 runs driven in this season.

Not only are Houston's bats hot, but Cristian Javier has also been pitching out of his mind of late. The 25-year-old rightie is 3-0 over his last three starts with an ERA of only 0.95! Javier shouldn't have any trouble with this Kansas City lineup, especially if Bobby Witt Jr. (hand) can't go tonight.

The Royals are only 1-6 against the Astros over their last 7 meetings. Even though Brad Keller has been pitching better of late, we still think this Astros lineup is simply too much for him to handle.

This Giants team has been a major disappointment this season and they are in a huge funk right now. San Fran has only won two of out their last ten and they're only one game over .500 at 40-39. They've lost six in a row and haven't shown any signs of life over the last week or so.

The D'Backs aren't all that great but they're playing with a lot of heart and seem to have a fighting spirit. Arizona is also a decent 21-22 at home this season. Merrill Kelly has pitched well so far, as he is 7-5 with a 3.46 ERA and 74 strikeouts.

Alex Cobb still has good stuff but he's been abysmal on the road this season with a 6.41 ERA and a WHIP of 1.47. The 34-year-old has also struggled at night, as his ERA is 5.58 in those starts. We think Arizona completes the sweep tonight and the plus money price is simply a bonus.

Let's make it a wonderful Wednesday by going 2-1 or better! Best of luck with your action.