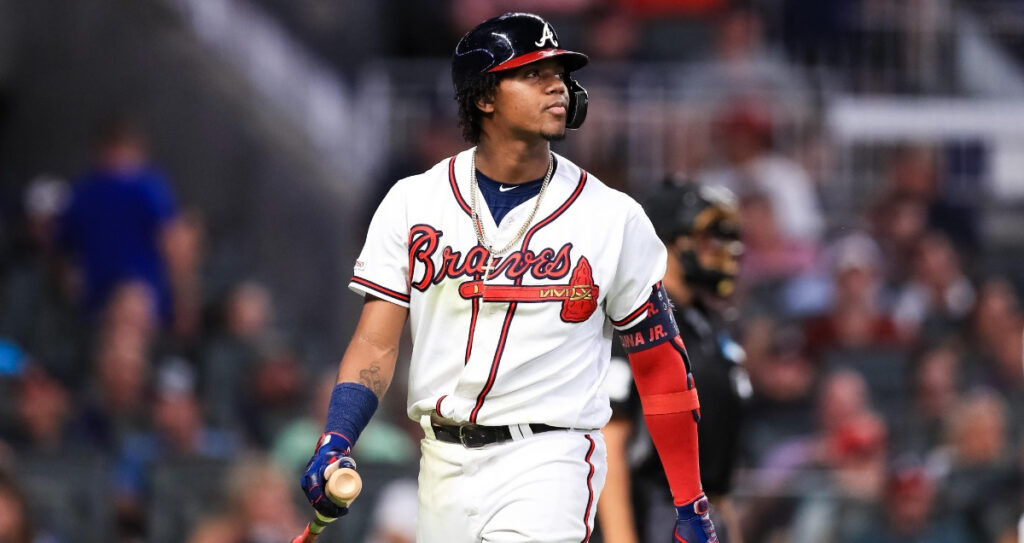 Ronald Acuna Jr. has been in a slump but he has a strong history against Phillies starter Zack Wheeler.
By Mike Noblin on August 3, 2022

We went 1-1 for the second day in a row with our MLB picks. As expected, the Dodgers continued their dominance over the Giants and Mookie Betts continued to terrorize Alex Wood. Surprisingly, the Guardians lost 6-3 to a scrappy Diamondbacks squad.

Two of the games on our card are early start times so keep that in mind if you are following along. Let's try to find that elusive 3-0 sweep with 3 MLB best bets for Wednesday, August 3.

Tampa Bay may have the edge in starting pitching in this game but this team is reeling. They are missing the bats of both Harold Ramirez and Wander Franco, who are both on the IL. The Rays have lost eight of ten and their playoff chances look bleak at this point.

Meanwhile, Toronto has been on a tear since firing their manager a few weeks back. Interim manager John Schneider has this team playing loose and aggressive, which has helped them post an 8-2 record over their last 10 games. We expect the Blue Jays to stay hot today against a struggling Rays team.

We love that Lourdes Gurriel Jr. is batting .500 with a homer against Rays starter Jalen Beeks. We also love that Toronto starter Yusei Kikuchi has a great history against the Rays. The 31-year-old lefty is 3-0 with a tiny 1.42 ERA against Tampa Bay in his career.

We haven't backed this Atlanta team all that much this season but this should be a good spot for them at home today with an early start time. Though Philadelphia is a dangerous team, they've only won two out of their last ten games in Atlanta. The Phillies are playing solid ball but they definitely miss their star slugger Bryce Harper, who won't return for a few more weeks.

Charlie Morton isn't having a great year (5-5, 4.34 ERA) but his curveball is still a thing of beauty and he knows how to keep hitters off balance with it. Zack Wheeler has had some success against the Braves but he's not been very good this year in day games (2-3, 4.81 ERA). That may not bode well against an Atlanta lineup that has six career homers off him.

LA got it done for us rather easily last night so we'll ride them here tonight as well. The Dodgers have won six in a row against the Giants and the scary thing is that they could be even more dangerous after getting Joey Gallo from the Yankees in a trade.

We love betting on a guy like Julio Urias, who has been lights out of late with a 3-0 record and an ERA of only 1.35 over his last three starts. Urias threw six scoreless innings against the Giants just a few days ago on July 23. The only thing that scares us is that Brandon Belt, Austin Slater, and Mike Yastrzemski each have two homers off Urias.

All that said, the Dodgers have the edge in every offensive category. They also have a much better bullpen than San Fran. We'll take the plus money runline on LA. Best of luck with your Wednesday action!