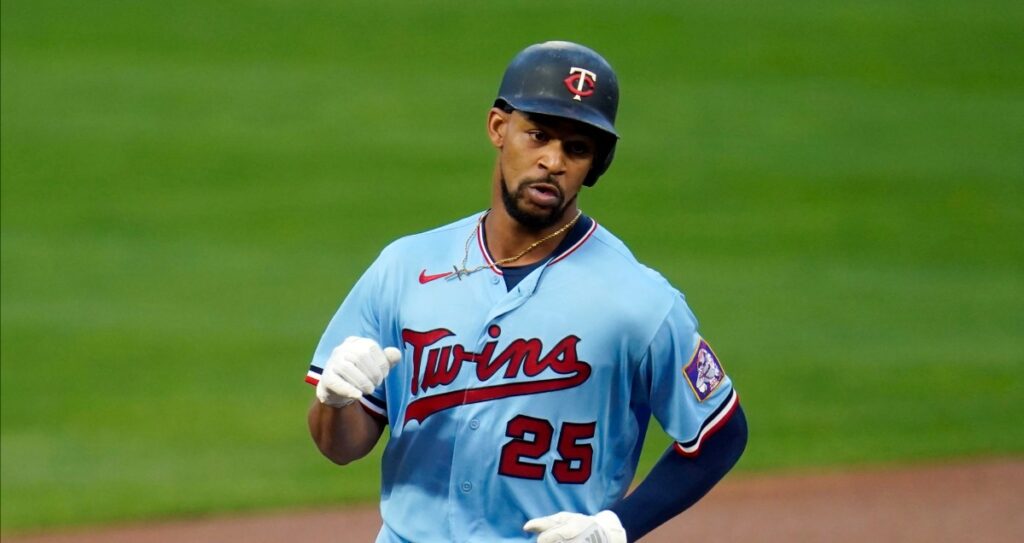 Byron Buxton is a big reason why we like the Twins over the Guardians tonight as one of our 3 MLB best bets for Monday.
By Mike Noblin on June 27, 2022

A 2-1 performance last Friday night brought our MLB record to 27-11 so far this season. The Royals got it done for us rather easily over the A's and the Orioles cashed a nice +150 ticket for us over the struggling White Sox. The only thing that prevented the 3-0 sweep was the Rays, who failed to cover the -1.5 run line in 10 innings against the Pirates.

Today's card is rather light, as there are only nine games going off in Major League Baseball. However, we still found 3 MLB best bets for Monday, June 27. Let's stay hot!

Sure, this play is as square as they come but we're going to keep fading this Oakland team. We respect the heck out of Billy Beane, but he's basically trotting out a Triple-A roster each night. Meanwhile, the Yankees continue to be the hottest team in baseball, even though they split a four-game series with the Astros over the weekend.

Oakland sends Paul Blackburn to the hill tonight, who has pitched brilliantly so far this season (6-3, 2.97 ERA). That being said, Blackburn got lit up for 10 hits and 7 earned runs in his last start against the Mariners and looked to be struggling with his location. That won't bode well against a Yanks lineup that is chocked full of potential All-Stars like Aaron Judge and Giancarlo Stanton.

New York counters with lefty Jordan Montgomery, who is 3-1 with a 2.97 ERA and a WHIP of 1.02. The 29-year-old doesn't have overpowering stuff but he doesn't walk many hitters and he knows how to get guys out. The Yanks have won the last six games that Montgomery has started and we think they make it seven in a row tonight.

The Twins come into this game with a solid 41-33 record and a 2-game lead over the Guardians in the American League Central. Minnesota fans have got to be thrilled that star outfielder Byron Buxton is finally healthy after dealing with a knee injury earlier this season. The 28-year-old has 19 homers and should be an AL MVP candidate if he can stay off the IL.

Though these teams are similar, we think Minnesota has the edge at starting pitcher. Sonny Gray has been phenomenal over his last 3 starts for the Twins as he is 1-0 with a 2.40 ERA and a minuscule WHIP of 0.87. Our only concern is that Gray has not fared well in his career while pitching at Progressive Field (5.28 ERA in 5 starts).

Cleveland sends youngster Triston McKenzie to the hill tonight. The 24-year-old has dynamic stuff but still catches too much of the plate from time to time. McKenzie will have to pay special attention to Carlos Correa and Gio Urshela, as the two have combined for 4 homers in only 12 at-bats against him.

Call us crazy if you want to but we are going back to the well with the Orioles tonight! Baltimore has been playing good baseball of late by winning 7 out of their last 10. Baltimore and Seattle actually come into this game with identical records of 34-40.

The O's have Tyler Wells on the mound tonight and he's been in excellent form over his last 3 starts (3-0, 2.12 ERA, 1.18 WHIP). The young right-hander has also pitched particularly well at night this season (2-1, 2.08 ERA, 0.89 WHIP). No one in the Mariners lineup has ever seen Wells before, so he should be able to keep them off balance through 5 or 6 innings.

Seattle counters with George Kirby, who got his first Major League win against Baltimore back on May 31 by striking out 8 batters in 6 innings of quality work. Kirby may be a rookie but he knows how to mix up his pitches pretty well. The Orioles will have to be patient and not chase bad pitches if they want to have any success against Kirby tonight.

Three of Seattle's best players (JP Crawford, Julio Rodriguez, and Jesse Winker) were ejected from Sunday's game against the Angels after a huge brawl and they may not play tonight. Even if they are available, we still think +135 is way too generous of a price to give this feisty Baltimore team! Have a marvelous Monday, everybody!