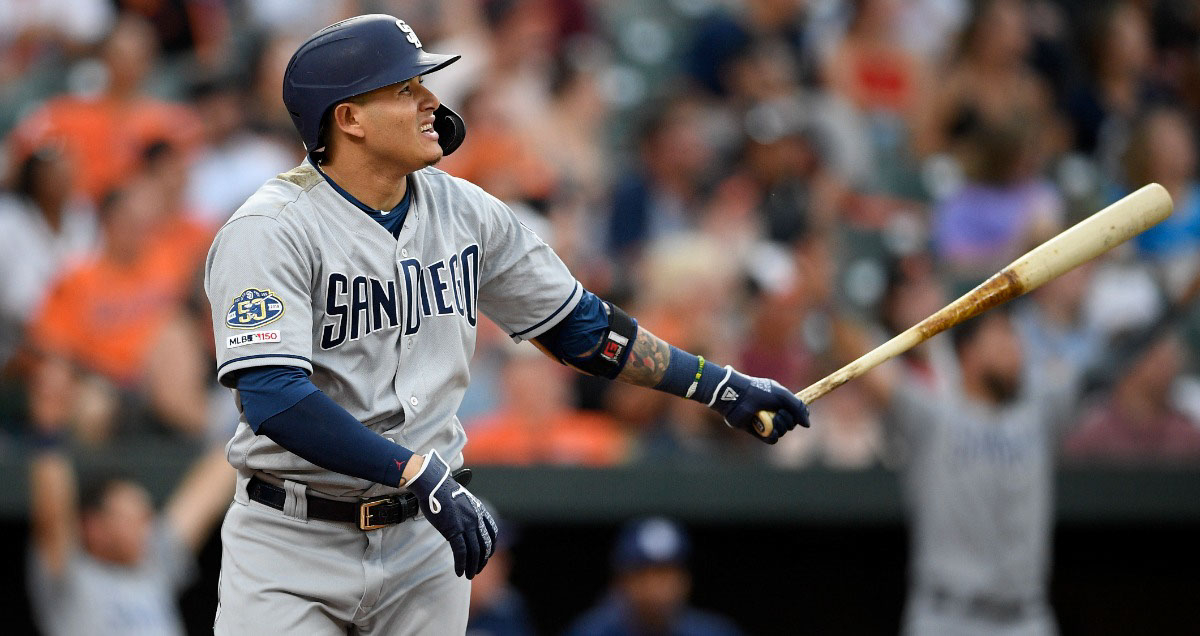 We're back from a weekend off after a nice 2-1 evening on Friday. The Blue Jays embarrassed the Red Sox by scoring four touchdowns in what was a 28-5 beatdown. The Rays also got the job done against the lowly Royals.

Our only loser was on the Cardinals, who suffered an upset to the Reds. That brings our record to 51-31 as we head into the last week of July. Here are 3 MLB best bets for Monday, July 25.

In case you haven't noticed, this Detroit team has been a massive disappointment this season. They backed up the Brinks truck to sign Javy Baez and he's only batting .217 with 9 home runs. Detroit has lost three straight and they're now 20 games under .500 at 38-58.

The Padres haven't quite hit their stride this season, but they're still in a good position for a Wild Card spot at 54-43. San Diego also impressed us over the weekend by taking two of three games from the New York Mets. They'll also get a boost next month if Fernando Tatis Jr. comes back from his wrist injury as expected.

We aren't crazy about laying this large of a price with Sean Manea, who is 5-4 on the year with a 4.11 ERA. Nevertheless, we love the fact that Manny Machado and Eric Hosmer have combined for 3 homers in only 21 at-bats against Drew Hutchison, who is 1-4 with a 4.46 ERA this year. Pads should take this one rather easily.

The Cubbies are not going to lay down and die, and they proved that by sweeping the Phillies in a three-game series over the weekend. All-Star Ian Happ has hit well all year against Pittsburgh and we expect him to do the same tonight against JT Brubaker, who is just 2-8 with a 4.02 ERA. We'll see if Brubaker can cool off Nelson Velazquez, who smacked three homers over the weekend against Philly.

The Pirates' hitters just haven't helped Brubaker at all during his road starts. Pittsburgh is just 3-24 in Brubaker's last 27 starts on the highway. We'll take the hotter hitting team in this one! Go Cubs Go!

This is our favorite play of the evening because of the huge mismatch in starting pitching. Giants starter Jakob Junis is 4-1 with a respectable ERA of only 3.06. His WHIP is also impressive at 1.02, which means he won't give many free passes to these D'Backs hitters.

Meanwhile, Arizona starter Tyler Gilbert hasn't looked all that great in 30.1 innings this season. He's given up seven homers and his ERA of 5.34 shows that he's getting too much of the plate. Look for Joc Pederson or Wilmer Flores to take Gilbert deep tonight.

The G-Men need to get going after being swept by the Dodgers over the weekend. A matchup against the lowly D'Backs should be just what the doctor ordered. Good luck with all your Monday baseball action!

Only 10 players in 2021 finished the season with over 100 receptions. Cooper Kupp finished with 22 more than Davante Adams’ 123. Baltimore’s Mark Andrews, was the lone tight end to crack 100, finishing with 107. Rookie Jaylen Waddle made the list in his 1st season and will now have Tyreek Hill on the other […]

Finding value in the late rounds of your best ball draft is paramount to success, particularly if you are drafting a team for Underdog's $10 million Best Ball Mania contest. If we look back at the winning roster from last season's Best Ball Mania, there isn't anything truly spectacular at the top of this draft. […]

Cooper Kupp, the 2021 Offensive Player of the Year, led the league in many categories. It is no shock that receiving touchdowns was one of them. He finished with 16 of them, 2 more than Mike Evans’ 14. Adam Thielen finished inside the top 10 with 10 touchdowns on just 95 targets last season. On […]

Our MLB best bets continued to struggle on Wednesday with a 1-2 mark. The Dodgers run line cashed for us but both the Braves and Blue Jays let us down. After a sizzling June, our July and early August downturn have pushed the record to 57-43. Even though we'll never complain with a 57% winning […]