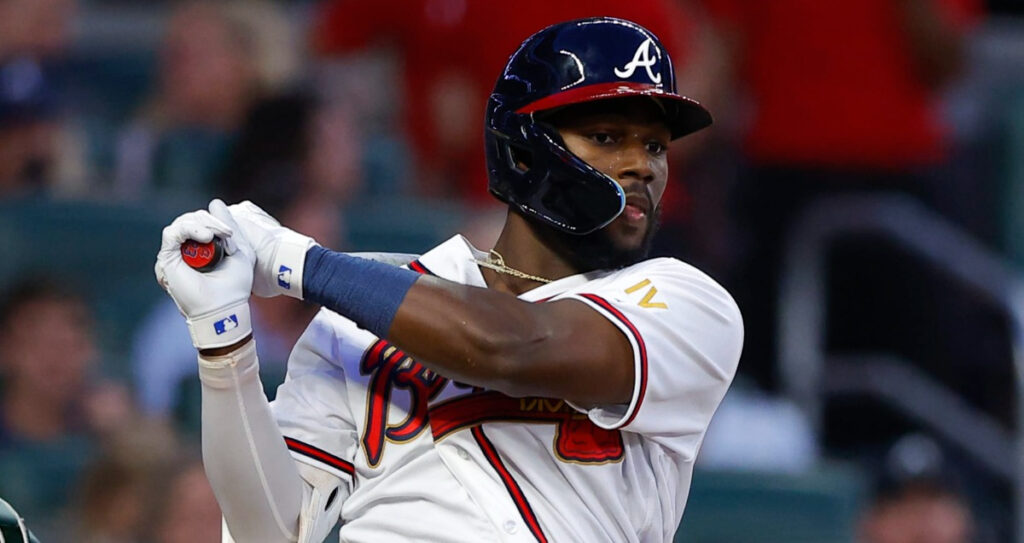 Michael Harris Jr. is one of the reasons we're taking the Braves as one of our 3 MLB Best Bets for Friday.
By Mike Noblin on July 15, 2022

As we feared, July has not been anywhere near as kind to us as June was. Nevertheless, even with the recent 4-7 slide we are still 46-28 and holding on to a solid profit so far.

With the All-Star break looming, you may see some teams try out some new things with their lineups. There will also be some crazy upsets because some teams are ready for a few days off. Let's get back on track with 3 MLB best bets for Friday, July 15.

How about a little daytime MLB action to start off our Friday? The Cubs have been playing better offensively at times but this line doesn't make a lick of sense. Even with the uptick in runs, Chicago has still dropped eight of their last ten games.

Meanwhile, the Mets just keep trudging right along as they still lead the National League East division by 2.5 games. New York proved yesterday with their 8-0 win that they won't be taking Chicago lightly. Pete Alonso loves playing at Wrigley, as he has hit six homers in only eight games at the Friendly Confines.

With the Mets, we have a strong edge in starting pitching with Taijuan Walker on the hill. The 29-year-old righty is 7-2 with an ERA of only 2.63 this season. Former Met Marcus Stroman will have the ball for the Cubbies and he's been getting hit hard of late (5.40 ERA over L3 starts). New York takes this one comfortably.

Do the D'Backs stink? Absolutely, but we simply cannot resist taking a shot with them at this inflated price. The Padres are in an awful funk at the plate and they miss Fernando Tatis Jr. more each day. They shouldn't be this large of a favorite, even at home.

Veteran lefty Madison Bumgarner will get the ball for Arizona and he has pitched much better than his 5-8 record. The former World Series winner is also in good current form as he is 2-1 with an ERA of only 3.18 over his last three starts. On the other hand, the Padres are 0-3 in Yu Darvish's last three starts. We'll back Arizona to pull of the road upset.

This play is as square as they come but we just don't see the Braves losing to the Nats tonight. Atlanta knows that they have to take care of business against the bad teams just so they can keep pace with the division-leading Mets. The Nats have dropped nine of their last ten and they are just ready to get to the All-Star break (and who can blame them?).

Atlanta has been a different ballclub since calling up Michael Harris Jr., who is currently hitting .284 with 8 homers and 29 runs scored. The 21-year-old hit another bomb last night and we think he could do the same tonight against Patrick Corbin, who is only 6-9 against the Braves in his career through 17 starts.

Ian Anderson hasn't quite lived up to expectations this season but he's still got a solid record of 7-5, even with his lofty 4.98 ERA. That concerns us a bit but no one in this Nats lineup has had any semblance of success against Anderson. The Braves win this one going away.

Best of luck with all of your plays this weekend. We'll be back after the All-Star break!