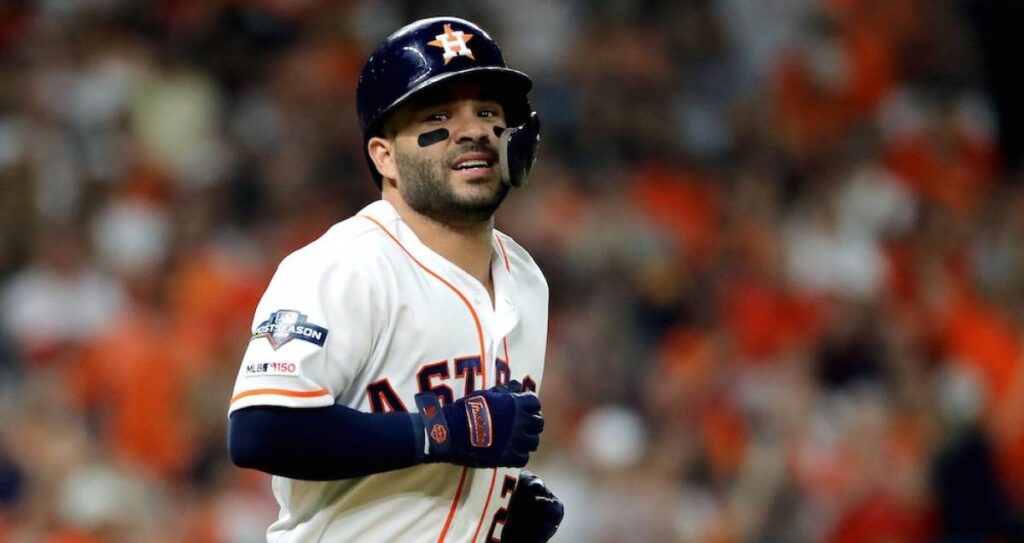 We expect Jose Altuve to help the Astros beat the Angels as one of our 3 MLB Best Bets for Friday, July 1.
By Mike Noblin on July 1, 2022

Since June was so good to us, we almost shed a tear this morning turning the calendar over to July. Thankfully, we ended the month in style with a perfect 3-0 sweep. That brings our record to 37-14!

While we are more than pleased with those results, we know that it's a "What have you done for me lately" business. So with that being said, here are our 3 MLB best bets for Friday, July 1. Let's start the month off with a winning day!

This Houston team has been red hot of late as they've won eight out of their last 10 games. They're also an impressive 21-11 at home this season and are coming off a nice 2-1 win over the Yankees last night. The Angels aren't terrible but they've scuffled a bit on the highway so far by going 16-18.

Did you see how well Astros starter Cristian Javier pitched against the Yankees last Saturday? This kid was simply dominant as he struck out 13 hitters and allowed no hits over 7 innings of work. The 25-year-old is 2-0 with a WHIP of only 0.83 over his last three starts.

Michael Lorenzen may have a winning record for the Angels this season at 6-5, but he's been getting hit hard over his last few starts. The big right-hander has a robust ERA of 6.28 over his last three outings. If Lorenzen gets too much of the plate, this Astros lineup could build a big lead in a hurry!

Tony Gonsolin has almost been unhittable this year for the Dodgers, as he is a perfect 9-0 with a tiny ERA of 1.58. LA has won 11 of Gonsolin's 14 starts and manager Dave Roberts has raved about the young man's increase in confidence. We don't see this Padres lineup having much success against the soon-to-be All-Star tonight.

Blake Snell looks like a shadow of his former self. He has yet to win a game this season (0-5) and has struggled with his command (1.44 WHIP). Both Will Smith and Chris Taylor have homered off of Snell in their careers. The Dodgers should win this one rather comfortably.

Our fade Oakland strategy continues to pay dividends, so why abandon it now? Might as well ride the horse until she bucks us off. Unfortunately for the M's, SS JP Crawford will be sitting out the entire series because of his part in the brawl with the Angels.

Marco Gonzales is only 4-8 on the season but he's had some tough luck losses and has pitched better than his record (3.31 ERA). Gonzales has owned the A's in his career as he's 9-3 against them. Oakland is only hitting .214 against lefties so Gonzales shouldn't have any trouble getting outs tonight.

Poor ole James Kaprielian has been a human gas can to start 2022, as he's 0-5 with a 5.88 ERA and often looks unsure of his pitch selection. Kaprielian has also been in poor form of late with an ERA of 6.28 and a WHIP of 1.81. The M's should get yet another blowout win tonight at home over a struggling A's squad.

Have a fabulous Friday everyone! Happy 4th of July Weekend! Let's win some bets!