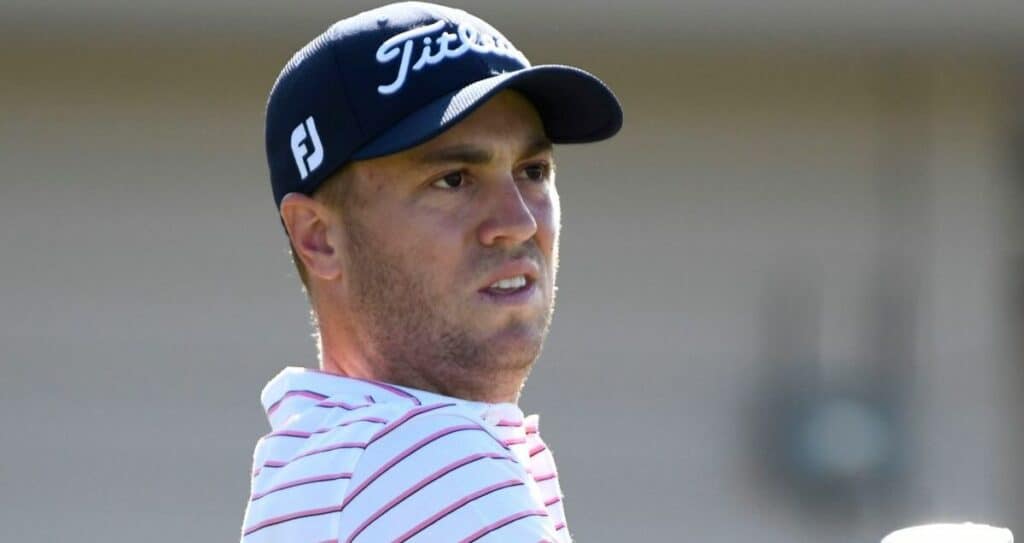 Justin Thomas is our favorite best bet to win the 2022 PGA Championship.
By Michael Collins on May 6, 2022

Golfers everywhere felt the hairs on the back of their necks stand up with the return of the Masters just a few short weeks ago. Since then, everyone has been eager for more. Jordan Spieth blessed everyone with an exciting Easter Day victory, but the attention has been directed to something bigger.

Southern Hills sees the PGA Championship return for the first time in 15 years on Thursday, May 19. Returning to the site of Tiger Woods’ 13th Major Championship, everyone will be tuning in for this one. Let's take a quick look at the Top 10 favorites before giving out our 2022 PGA Championship Best Bets.

As is the case with every golf major, the PGA Championship will have a loaded field, making it a tough event to handicap. That being said, we have a best bet to make the cut, finish in the top 10, top 20, top 30, our top outright bet, and our favorite darkhorse bet to win. Here are our best bets for the 2022 PGA Championship:

The picture of inconsistency, Champ offers a good payoff for those willing to bet on him outperforming his world ranking at yet another major. Currently World Number 100, Champ has placed top 10 twice in majors, making the cut more often than not since joining the professional ranks.

Champ's PGA Tour best distance off the tee will have a limited impact on his driver, but good course management could leverage that power into better approach positions than the rest of the field.

We had initially bet on Sungjae Im in this spot but he had to withdraw after testing positive for COVID-19. Because of that, we'll roll with Shane Lowry to finish inside the Top 30. The 35-year-old hasn't won this year but he's racked up three Top 10 finishes in only ten starts.

The 2019 Open champ has been dialed in with his approach shots all season long. Lowry is also a pretty good putter. We are so confident in this play that we don't mind laying the extra juice.

Reigning Tour Champion and fourth-ranked player in the world, Patrick Cantlay’s long odds come as a bit of a shock. He faced inconsistent results leading up to the Masters but has generally scored well with seven top finishes in his past 11 starts.

Cantlay's approach to the game tends to lean towards strokes gained in the aggregate as opposed to any individual aspect which has helped him place top 20 at all four majors during his career.

Far from the most ambitious of bets, Morikawa has long enough odds to warrant the safer approach. A former champion, Morikawa has finished in the top ten at both of his PGA Championship starts.

Further, Morikawa has placed in the top ten of his last four majors. Southern Hills is not often designed as a low-scoring course, but rather one that prioritizes course management. Ranking in the top ten for strokes gained both off the tee and into the green, Morikawa should be a consistent name on the leaderboard.

Dark Horse to Win: Will Zalatoris

Zalatoris is one of the most exciting young players on tour for good reason. He is Top 20 in distance off the tee and is elite in approaching the green (second on tour in strokes gained). He’s carrying good form as of late with four top-ten finishes in 2022 (most recently T6 at the Masters).

The most impressive aspect of the 25-year-old’s game is his mental approach. Having appeared in just six majors since joining the professional ranks, Zalatoris has placed top ten four times, with only one missed cut.

JT is still looking for his first win of the season but he's been the model of consistency during this wrap-around schedule. The former University of Alabama star has finished in the Top 10 six times so far this year. You can bet that Thomas will be hungrier than ever to capture his second major championship at Southern Hills.

At 29 years old, Thomas is at the pinnacle of his career and has established himself as the best iron player in the world. Speaking of iron play, that's the main reason why Thomas is our favorite bet to win the 2022 PGA Championship. So far this season, Thomas is gaining .935 strokes with his approach shots into the green (4th on Tour).

Driving distance is also one of Thomas's strengths as he ranks 14th in overall driving distance (310.9 yards). On top of that, he ranks 2nd in birdie average. He's also an outstanding bunker player, as evidenced by his 67.86% sand save percentage (5th).

The only thing that has let Thomas down so far this year has been the flat stick. He only ranks 104th in strokes gained putting (.043). However, JT has won 14 times on the PGA Tour and has the ability to get hot with the putter.

When betting on outright winners, we typically shy away from investing in the big favorites. That being said, our strategy changes a bit when betting on the majors. We don't mind rolling the dice with 16 to 1 odds on Thomas to win the 2022 PGA Championship.

This line just seems way too cheap even at -130. Homa is having the best season of his PGA Tour career and he's coming off an impressive win at the Wells Fargo Championship. Overall during this wrap-around season, Homa has made 12 of 14 cuts and racked up (8) Top 25 finishes.

On the other hand, Louis Oosthuizen has had a rough go of it this year. The 39-year-old withdrew due to a neck injury from The Masters after shooting a disappointing 76 in Round 1. He has yet to tee it up since.

We expect Homa to continue to dominate thanks to his incredible iron play. "Oostie" is one of the best personalities on Tour but we don't think he'll do much at Southern Hills this week. Best of luck with your golf bets!