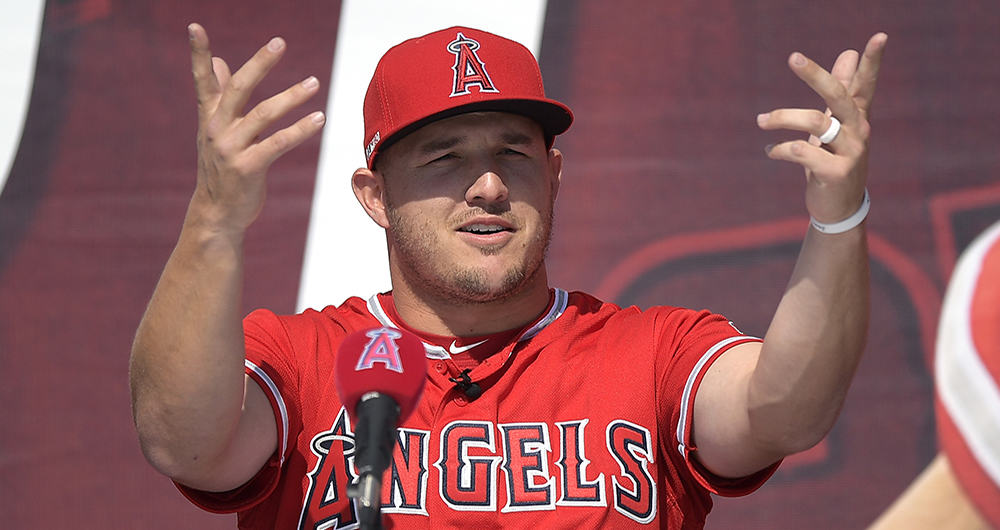 It's so hard to believe that the MLB regular season is already a fourth of the way completed. The lovely folks at FanDuel have their updated odds for the 2022 MLB Most Valuable Player up for us to review.

The list is the usual who’s who of baseball with our annual reminder that the Dodgers have the most star power of anyone. Here are some interesting notes regarding some of the players on this MVP list and how their odds have changed since Opening Day:

Can Mr. Ohtani repeat as American League MVP this year? It certainly looks that way, as Ohtani continues to do damage both on the mound (3-2, 2.82 ERA) and at the plate (9 HR, 28 RBI, 30 R). Star New York Yankees outfielder Aaron Judge has also gotten off to a fast start by hitting .314 with 17 homers and 34 RBI.

In the National League, Manny Machado has vaulted into the favorite role for MVP. The 29-year-old has been on fire at the plate, as he's hitting .368 with 8 homers and 27 RBI. Dodgers outfielder Mookie Betts has also performed well by batting .292 with 12 home runs and 44 runs scored.

Wondering where your favorite player is in regards to the MVP race? Here's a closer look at the 2022 MLB MVP odds and our best bets.

Two outfielders lead the field for my favorites this season. A healthy Mike Trout is the best player in baseball, and he's off to a fantastic start by hitting .328 with 12 homers and 35 runs scored. It also doesn't hurt that the Angels have been better than most folks expected and have posted a nice 27-17 record.

The key for the three-time MVP is staying on the field. Trout has never finished below fifth in MVP voting (discounting seasons with fewer than 50 games) and should be positioned for even greater offensive opportunity as long as Shohei Ohtani remains in the lineup with him. Trout is this era's version of Mickey Mantle.

Soto is an absolute beast at the plate. He boasts a career .301/.432/.550/.981 line, leading the majors in on-base percentage each of the past two seasons. Because of his innate plate discipline, it's so hard to believe that Soto is still only 23 years old.

Many believed Soto would take home the award last year in place of Bryce Harper, but 2022 may finally be his time. Barring injury and a historic return from Ronald Acuna Jr., this is Soto’s award to lose. Soto's batting average is a bit down (.241) but he does have 8 homers so far this season. He's definitely still worth a look at 13 to 1.

Two long shots (+2000 or longer) to keep an eye on are Jose Altuve (+8000) and Matt Olson (+5000). Both of these guys have the type of power that can carry a team for weeks at a time. It's also nice that both players are on two of the best teams in baseball (Astros and Braves).

Altuve is currently batting .289 with 9 homers and 22 runs scored. Olson has cooled off a bit after a roaring start, but we expect him to find his groove again soon. We recommend a small bet on both Altuve and Olson to win the Most Valuable Player award in their respective leagues.

Looking for even more MLB futures talk? Be sure to check out the current World Series odds, complete with our best bets to win this season!