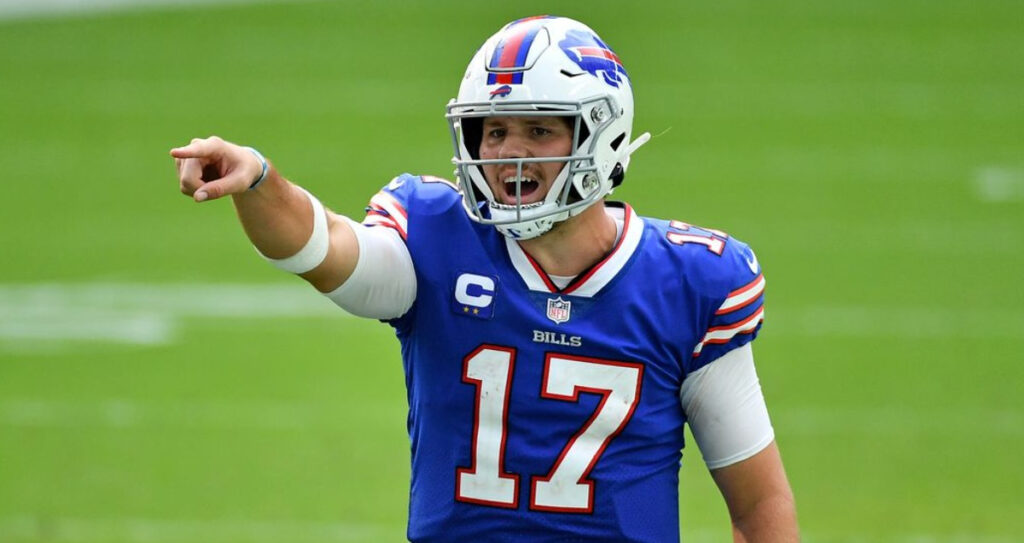 We expect Josh Allen and the Bills to put on a show and cover the spread against the Lions on Thanksgiving Day.

This time of the year, sports bettors are always thankful for football. The NFL has put 3 games on the Thanksgiving Day slate this year and we've found some good value on 2 of them. Jump on these bets as soon as you can because we expect both lines to move.

What's better than eating fried turkey and homemade pumpkin pie? Winning some NFL bets while you're doing it! Here are 2 NFL best bets for Thanksgiving Day! Let's get the W on both of these before going back for some late-night turkey sandwiches.

The 7-3 Bills have lost 2 of their last 3 games. Losses on the road to the Jets and then at home against the Vikings preceded last week’s win over Cleveland. They led 28-10 with just 6 minutes remaining and were able to hold off a late Browns comeback that finished with a final score of 31-23.

Offensively the Bills leaned on the run game and racked up 171 yards on the ground as both Devin Singletary and James Cook ran for 86 yards. Defensively, they allowed over 300 yards passing with most of them coming late in the game as the Browns tried to get back in the game.

Detroit is on a 3-game win streak after their latest road win over the Giants last week. After going up 10-6 late in the 1st half, the Lions never looked back.

Jamaal Williams hit paydirt 3 times while as a team the Lions ran for 160 yards. They forced 3 turnovers from the Giants while having none of their own.

Everyone seems to be on the Lions bandwagon now that they have put together a winning streak. However, this line seems to be baiting the public into taking the points and the new shiny thing, the Detroit Lions.

We are fading them here and riding a Bills offense that should be able to force Jared Goff into a situation where he needs to be the guy to beat them. Goff won’t be up to the task and we will see the Bills run away with this one.

The Giants are sporting a good 7-3 record but have dropped 2 of their last 3 games. A road game against Seattle and last week at home against the Lions bookended a 24-16 win over Houston.

They could not control the run game of the Lions and never were able to get Saquon Barkley going as he took his 15 carries for just 22 yards. Daniel Jones threw for 340 yards but tossed 2 interceptions that proved costly.

Dallas is also at 7-3 on the year but has won 3 of their last 4. The 40-3 domination of Minnesota last week raised a bunch of eyebrows of folks not believing that Dallas was a true contender.

They held Minnesota to just 183 total yards and 1 of 11 on 3rd down. Tony Pollard went off for 189 total yards and 2 scores. The stellar pass rush of the Cowboys was able to put Cousins on his back 7 separate times.

Dallas looks like they have finally got their offense clicking which is a problem for all opposing teams. Daniel Jones stands no shot at beating the Cowboys with his arm and will need to get Barkley going early and often which we don’t trust.

Dallas, at home, on Thanksgiving is going to be raucous. We believe, like the Bills, the Cowboys are going to put on a show this Thursday.