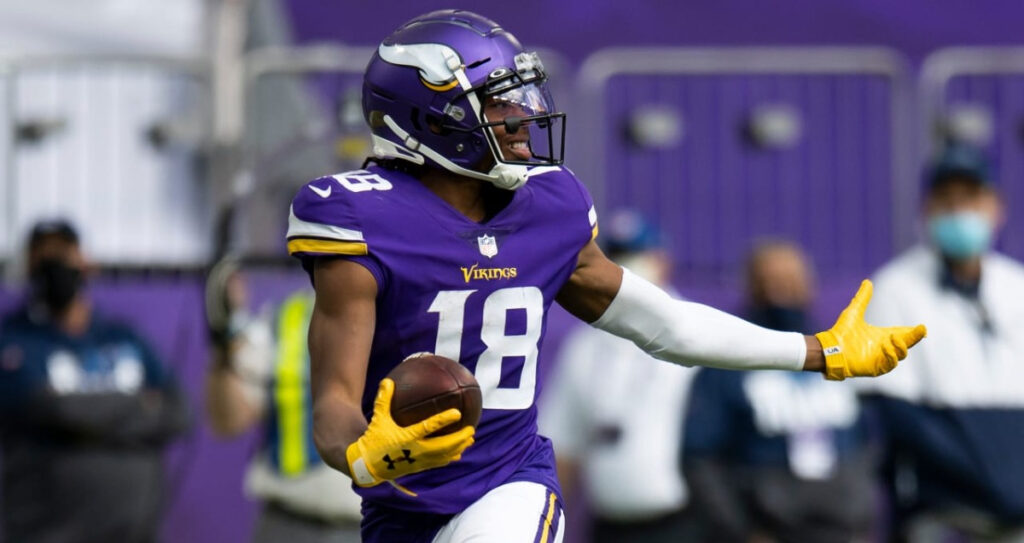 One of our NFL Best Bets for Saturday is on Justin Jefferson and the Vikings.

Christmas comes early this year for football bettors, as we get 3 games on Saturday to exploit. The action starts with the Vikings hosting the Colts at 1 PM Eastern. The Ravens at Browns have the 4:30 timeslot, while the Dolphins at Bills is the primetime 8:15 PM game.

All 3 games can be seen on NFL Network. Here are 2 NFL Best Bets for December 17. Both of these sides have value so jump on them now before the numbers move!

The Colts are coming off one of their worst losses of the season. The Cowboys were unwelcoming hosts as they sent the Colts packing with a 54-19 victory.

They barely cracked the 100-yard mark on the ground and went just 4 of 13 on 3rd down. They were unable to stop the rushing attack of the Cowboys as they ran for over 200 yards on the day.

Minnesota is still atop the NFC North with a 10-3 mark, even after losing their latest game to the streaking Lions. They were playing catchup the entire game and ran out of time in their comeback bid.

Kirk Cousins threw for over 400 yards, and Justin Jefferson was superb, going for 223 yards on 11 receptions. Dalvin Cook struggled as he went for just 23 yards on 15 carries. Defensively, the Vikings were carved up quite a bit by Jared Goff, who finished with 330 yards and 3 touchdown passes.

While the Vikings looked susceptible through the air last week, Matt Ryan just simply does not have the stuff that he has had in the past. The Vikings will be able to load the box and keep Taylor in check while the offense of the Vikes will look to continue their aerial assault.

Cook should be able to find success as well on the ground, much like the Cowboys backfield last week. We expect Minnesota to win this one going away at home, so we'll happily lay the small number.

The top team in the AFC North is this Ravens squad that is 9-4 on the season and looking to win their 3rd straight game. After defeating the Broncos in a close one, 10-9, two weeks ago, the Ravens survived another close one, 16-14 in Pittsburgh.

Obviously, the defense has been what has been keeping them afloat since Lamar Jackson has been sidelined. However, JK Dobbins made his presence felt last week as he went for 120 yards on 15 carries and a score.

The Browns finally got Deshaun Watson on the field 2 weeks ago, and coincidentally it came against his former team. He shook off the rust but was mediocre at best in the 27-14 win.

Last week, against a Super Bowl-contending Bengals team on the road, Watson and the Browns looked out of their league. Losing 23-10, the game was never really in question.

Chase and Mixon combined for over 200 yards between the rushing and receiving numbers. The Bengals' defense looked strong, holding the Browns to just 71 yards on the ground.

The Ravens have a defense like the Bengals and will be able to cause Watson trouble throughout. While the status of Tyler Huntley is uncertain, we don’t believe the passing game will truly factor in this outcome for the Ravens.

Defense and a ball control rushing attack should be enough for the Ravens to steal this road game. According to our numbers, the wrong team is favored in this game. Give us the dog!