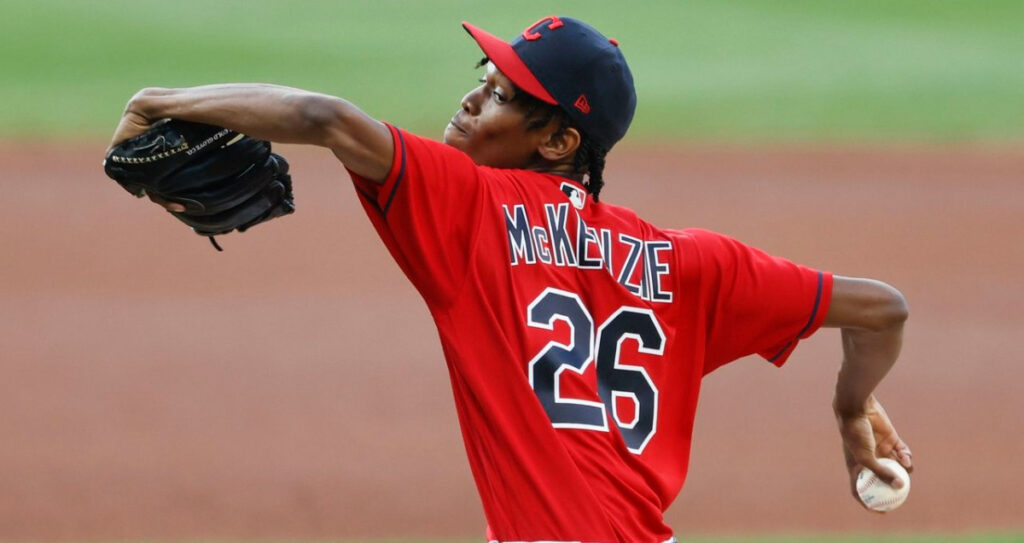 Triston McKenzie has been in good form of late and we expect him to get the win versus the Diamondbacks as one of our 2 MLB best bets for Tuesday.
By Mike Noblin on August 2, 2022

A 1-1 split on Monday wasn't the end of the world but it was somewhat disappointing. The Yankees took care of business for us against the Mariners but the White Sox offense was awful against the Royals. The South Siders may still be in the thick of the AL Central race but they've got some serious issues.

Anyway, let's move on to today's card, which was chock-full of heavy favorites. We did, however, find a couple of reasonably priced teams that we think have value today. Here are 2 MLB best bets for Tuesday, August 2.

Does anyone else still call this team the Cleveland Indians? Hopefully, I'm not the only one! Anyway, this matchup caught our eye just because Arizona has been so horrific on the road this season (18-30). They've also lost four straight games and most of the lineup looks lost at the plate.

To make matters worse for the D'Backs, they've suffered back-to-back heartbreaking losses so you have to wonder about their collective mental state in this one. On the other hand, Cleveland is right in the middle of the AL Central division race, as they only trail Minnesota by one game. The Guardians have gotten stellar play of late from Steven Kwan, who is in the midst of a 15-game hitting streak.

This Cleveland offense is clicking at just the right time and we think they'll do just enough to score a few runs against Arizona starter Zac Gallen (5-2, 3.24 ERA). We'll take the Guardians at home over a reeling D'Backs squad.

The Dodgers burned us on Friday against the Rockies but as a whole, they've been kind to us this season. Our numbers say LA is about 20 cents too cheap in this spot against their in-state rival. We love Tyler Anderson and think he can shut down this somewhat anemic Giants lineup tonight. San Fran is only hitting .235 this season, which ranks 23rd in baseball.

Anderson has been dominant all year long, as his 11-1 record indicates. He's also got an impressive ERA of just 2.61 and has struck out 91 hitters through 110.1 innings of work. Alex Wood has pitched pretty well of late for the G-Men but his stuff just isn't as electric as it used to be.

What do we love most about this wager? The Boys in Blue have hit 8 career home runs off of Wood in their careers, two of which have came from Mookie Betts. Those good vibes should serve the Dodgers well tonight, and it also doesn't hurt that they've won five in a row against the Giants.

Best of luck with all of your Tuesday MLB action! Let's start another winning streak today!