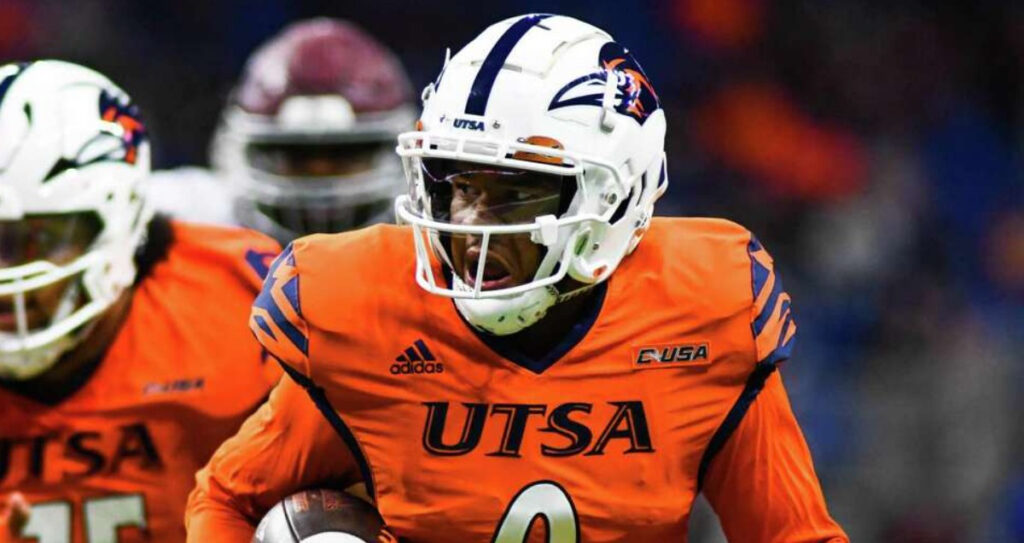 We like the Over in the Cure Bowl mainly because of UTSA QB Frank Harris, who is dynamic both on the ground and through the air.

Well, college football fans, we've finally made it to bowl season. It starts on Friday, December 16. Is there anything better than getting to watch college football on a random Friday morning?

The Bahamas Bowl kicks off at 11:30 AM Eastern Time, with Miami-Ohio facing off against UAB. The Cure Bowl starts at 3 PM Eastern and features UTSA and Troy. Both games can be seen on ESPN, and we've got a best bet on each of them below.

Miami Ohio finished the regular season at .500 with a 6-6 mark. They were fortunate enough to win back-to-back games to end the season to become bowl eligible.

The defense was the bright spot for the RedHawks. They allowed just 22.5 points per game on the season, which ranked them 70th in the country.

Aveon Smith ended the season as the signal caller for the RedHawks. He did more with his legs than his arm. He ran for 189 yards through the final two games, compared to 402 passing yards, and found the endzone 3 times on the ground. Sadly, he also led the team in rushing yardage on the season.

UAB, much like Miami Ohio, finished 6-6 on the season and needed to win their final game to be bowl eligible. They defeated Louisiana Tech 37-27 on the road to make it to this game.

Dewayne McBride and Jermaine Brown Jr. ran for a combined 391 yards in the win, and both found the endzone. On the season, UAB finished 14th in the country as they averaged 243.4 yards per game on the ground.

Miami Ohio is not the best in the league at stopping the run. In fact, they gave up 265 yards in their last game on the ground. That said, they still snuck out an 18-17 win over Ball State.

The defense is bend but don’t break, and while UAB may run for a ton of yards, we believe Miami Ohio will hold them to field goals and keep the game within 1-score. This is simply too many points, so we'll take the dog!

The Roadrunners are riding a 10-game win streak as they head into this clash with Troy. They finished the regular season ranked 15th in the country, averaging 38.7 points per game. They were also 19th in 3rd down conversion percentage (49.7%).

Frank Harris already announced that he would be returning for another season next year. He has done a magnificent job averaging almost 300 yards per game through the air, over 45 yards on the ground, and a total of 40 touchdowns. Zakhari Franklin was Harris’s favorite target and has 14 touchdowns to prove that fact.

Troy has had the exact same season as UTSA in the fact that both went 1-2 to start the season before rattling off 10 straight wins. They are 15th in the country, allowing just 17.54 points per game to their opponents.

Offensively, it has been their aerial attack that has led the way. Gunnar Watson averaged over 225 yards per game, while Kimani Vidal exceeded the century mark on the ground.

We believe that UTSA’s offense is going to force the pace in this game. While Troy can play defense, they have not faced a dynamic offense like UTSA yet.

That said, Troy does have the ability to put up points on the scoreboard. They have averaged 42.3 points per game over their last 3 games, and that will help them to keep the game tight.

The spread has flipped from UTSA opening as the short favorite to Troy becoming a short favorite. Either way, both teams should be able to put up enough points to get us over this number. Who doesn't love points in bowl season?