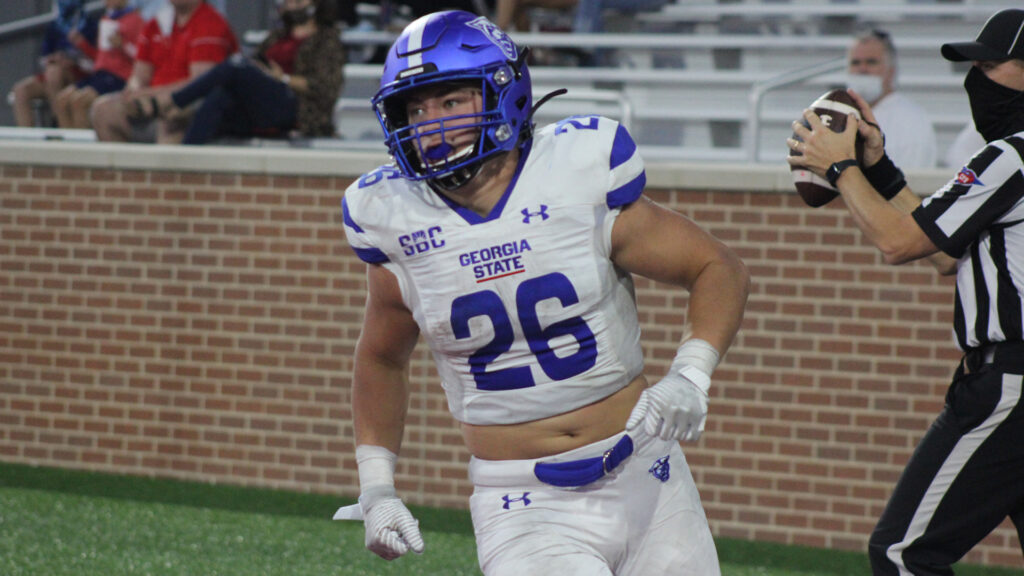 We're expecting a big performance from Tucker Gregg and the Georgia State running game against App State on Wednesday night.

We missed badly on our Marshall -10 play last Wednesday as they lost by 10 instead of winning by 10. The good news, however, was that the game finished 23-13 coming in way under the total of 47.5. We were lucky enough to have the right side of the total which allowed us to split the night.

Georgia State had gotten off to a horrific start this year going 0-4. However, when the calendar changed to October, it seemed like the Panthers also turned a new page. They defeated Army on the road 31-14 before defeating Georgia Southern 41-33 at home.

The Panthers accrued 335 yards on the ground in the win over Georgia Southern and forced 5 turnovers. On the season, they are 21st in the country averaging 234.3 yards per game on the ground. Tucker Gregg and Jamyest Williams have combined for 860 yards through 6 games and will likely try to enforce their will on the Appalachian State defense.

Appalachian State is one of the most inconsistent teams in the country. They played North Carolina extremely tight in the opening game but fell 63-61. They then bounced back with a win on the road against then #6 Texas A&M.

Since that monumental win, the Mountaineers have dropped games to James Madison and most recently to a weak Texas State team. They did defeat Citadel 49-0 between those losses. The Mountaineers were held to just 41 yards on the ground in their loss to Texas State.

The score indicates a closer game than it truly was. App State was down 33-10 heading into the 4th. The defense will need to be better as they are allowing almost 30 points per game.

James Madison and North Carolina were able to establish efficient run games in their wins over App State. Georgia State loves to run the rock and that should serve them well in this matchup.

We expect Gregg and Williams to pick up 1st downs at will and put the Mountaineers in a position where they will become predictable on offense trying to catch up. This is way too many points!

This total is a bit higher than we expected which does cause us to have some reservations about this play. However, we still believe Georgia State will stick to the run and dominate the time of possession.

App State has made a habit of playing under the total against losing record teams and this game checks that box. We'll ride the Under and look for this game to top out in the 50s.