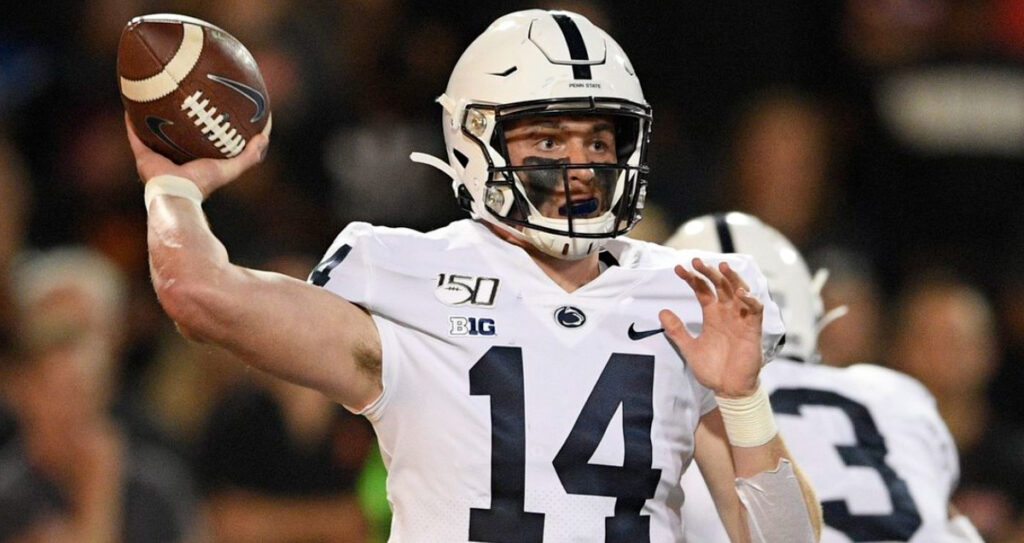 Our best bet for the Rose Bowl is on Sean Clifford and the Penn State Nittany Lions.

Four games are on the college football schedule for Monday as bowl season winds down. We've analyzed each matchup and found bettable edges on both the Cotton Bowl and Rose Bowl. The 1 PM EST Cotton Bowl kickoff pits Tulane against USC, while the 5 PM Rose Bowl tilt features Penn State and Utah.

Ready to start 2023 off with some big winners? We've got you! Check out our 2 college football best bets for Monday, January 2. Let's cash some tickets!

The Green Wave had their best season in quite some time as they finished an impressive 11-2. Their 2 losses came to Southern Miss and #22 UCF by a combined 10 points. They avenged the UCF loss by defeating them in the AAC title game, 45-28.

Do-it-all quarterback Michael Pratt has been the leader of the Tulane offense all season. He carries a near 150.0 QBR. He threw for 25 touchdowns while also running for another 10. The 5 interceptions he threw on over 320 attempts were just as impressive as the scores.

Tyjae Spears provides another option on the ground and is averaging over 100 yards per game, and has found the endzone 15 times.

The 1st season of the Lincoln Riley regime was seen by many as a success. The 11-2 mark and having their QB win the Heisman would be things that most programs would be salivating over.

However, losing for the 2nd time this season to Utah in the Pac-12 title game and costing them a CFB playoff bid has left a bitter taste in many mouths in Southern Cal.

Caleb Williams, the Heisman winner, is the engine that makes this Trojan team run. He is averaging over 300 yards per game and has thrown just 4 interceptions to his 37 touchdowns.

He has solid legs as well and has scored 10 times on the ground, which leads the team. He will be without his top target, Jordan Addison, who is sidelined with an ankle injury.

According to various sources, over 60% of the tickets are coming in on USC, while over 75% of the money is coming in on Tulane. To us, this line seems off and looks like a trap.

USC is the established program with the Heisman winner, while Tulane is a relative unknown to many casual fans. We are backing the Green Wave here in what we believe will turn into a shootout. With Williams being without Addison, the Trojans are going to feel the loss in this one.

Many could argue that Penn State is the best 2-loss team in the country. Those 2 losses came to 2 teams that just lost in the CFB semi-final. While they were throttled by Michigan 41-17, they kept it a bit tighter against OSU 44-31.

This Nittany Lions team is nothing flashy. Sean Clifford, who seems to have been behind center in Happy Valley for a century, is a steady veteran presence. Kaytron Allen and Nicholas Singleton provide a solid 1-2 punch in the backfield and have combined for over 1700 yards and 19 touchdowns.

The defense has been the bright spot for PSU. They have held opponents to just 18 points per game which is good enough for 15th in the country.

Utah capped off its season with an impressive 47-24 win over USC for the Pac-12 title. Despite losing their opener at Florida, the Utes put together a strong season. Their only other losses came on the road to ranked teams (#18 UCLA & #12 Oregon).

Cameron Rising has thrown for almost 3000 yards and has run for over 400 while being responsible for 31 touchdowns. He will be without his top target tight end Dalton Kincaid, who is likely out for NFL prep. They will also be without leading rusher Tavion Thomas who was injured in their Oregon loss back on November 20th.

If this were a complete Utah team, we would be backing them here. PSU’s 2 losses came to the only 2 ranked opponents they faced this season.

However, we have to back the 15th-best defense in the country against a Utah team that is missing 2 of its 3 biggest offensive weapons. We expect the Nittany Lions to grind this one out on the ground and pick up the Rose Bowl victory.