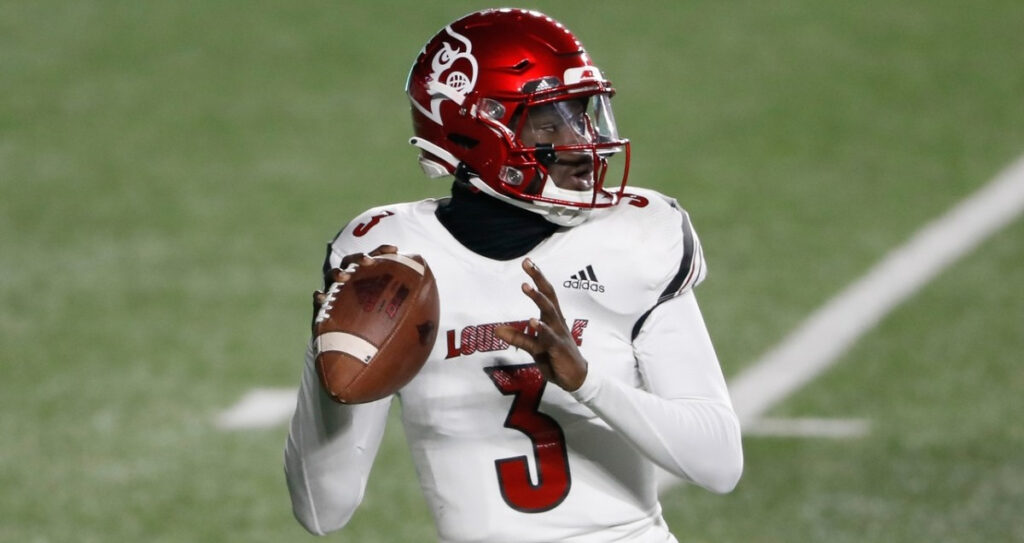 After going a respectable 1-1 on the opening Friday of the season, we came back last week to sweep our 2 plays. Louisville won outright as 6.5-point road underdogs. We mentioned that we believed Malik Cunningham would hold onto the ball better in this one and he did just that.

Not only was Cunningham turnover-less, but he also racked up over 120 yards on the ground with a score. While his stat line was not great through the air, the main piece was that he did not give the ball away.

In game 2 of last Friday’s doubleheader, it was the Boise St defense that was the difference maker. The offense did their part in putting up 31 points but the defense held New Mexico to just 1 of 14 on 3rd down, which was extremely impressive. They held the Lobos to a total yardage number of just 123 in the game and allowed just 8 total 1st downs.

This Friday provides us with another 2-game slate and we see value in both of them as usual. We see a familiar Friday night face on the slate but we are focused on going a familiar 2-0 again this week. Here are 2 college football best bets for Friday, September 16.

The Seminoles are off to a nice 2-0 start to the season with wins over Duquesne and on the road at LSU a couple of weeks ago. Thanks to a missed extra point by LSU, the Noles were able to avoid a comeback loss from the Tigers. With 10 minutes remaining in the game, DJ Lundy punched one in to give FSU a 24-10 lead.

Jayden Daniels hit Jaray Jenkins on 2 touchdowns to answer and give the Tigers a chance to send the game into OT. The Noles were extremely successful on 3rd by converting 11 of their 17 opportunities.

Louisville is sitting at .500 with a 1-1 record after losing on the road to Syracuse and picking up a big road win at UCF last week. After going into the break down 14-7, the Cardinals pitched a shutout in the 2nd half and scored 13 unanswered points.

The rushing attack was on full display as the Cardinals piled up over 225 yards on the ground. Defensively, they held the Knights to just 4 of 16 on 3rd down conversions.

Similar to last week’s play on this same Louisville Cardinals team, the public is heavy on the other side. In fact, the public is staunchly on the Noles here. 90% of the bets with 98% of the money pouring in on Florida State.

The line has ticked up from -1.5 to -3 but that is insignificant when the action is so one-sided. We encourage waiting till the last minute with this number as it is likely to peak around 3.5/4 which is a security blanket. In the end, we expect the Cardinals to take advantage of a drained FSU team coming off a highly emotional win over LSU last week.

Air Force sits at 2-0 and has outscored their opponents 89-27 in those 2 games. Granted, Northern Iowa and Colorado are not the toughest opponents in the country but both wins were impressively dominant.

The Falcons' option rushing attack decimated the Buffs last week by gaining 435 yards. They did commit 3 turnovers but also picked up 3 takeaways of their own. Defensively, the Falcons held Colorado to just 51 passing yards and 1 of 11 on 3rd down.

The Wyoming Cowboys are playing their 4th game of this early part of the season and are currently 2-1. After losing their season opener 38-6 on the road to Illinois, they snagged a 40-37 win over visiting Tulsa and smacked Northern Colorado 33-10 last week.

That final is a bit deceiving considering the fact that it was 16-10 entering the 3rd quarter. The Cowboys held Northern Colorado to just 15 rushing yards and forced 3 turnovers. Titus Swen has been the main man on offense rushing for 214 yards and 3 scores on 42 carries.

Air Force is quietly one of the toughest teams in the country. And there is no better team in the country at extending leads like they do with their option attack that just batters defenses all game long.

Wyoming is not a good team at coming back from a deficit. After trailing 17-3 at half to Illinois, they were outscored 21-3 in the 2nd half. Against this Falcons squad, if they fall behind like we expect them to do early, this could get ugly in a heartbeat.