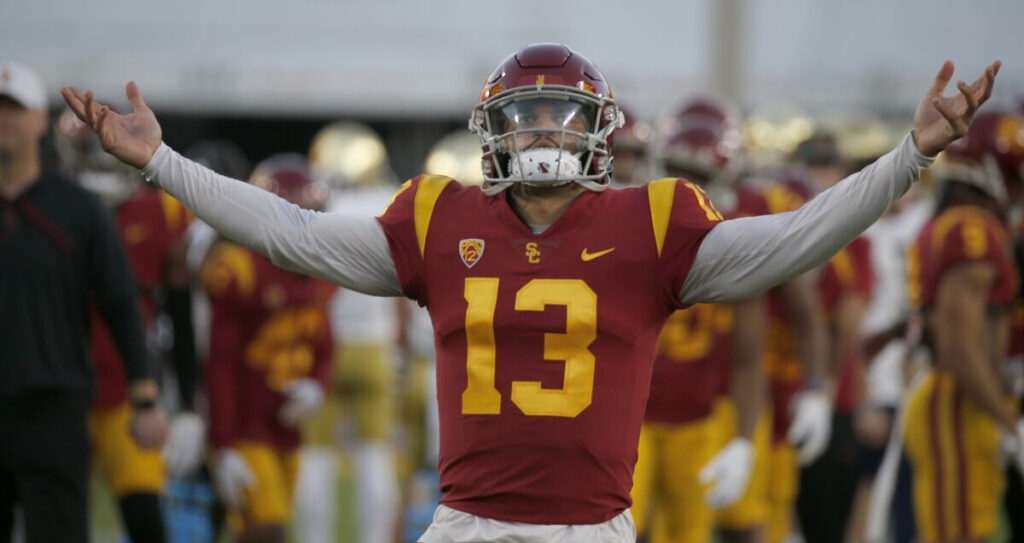 We like Caleb Willliams and USC to get some revenge on Utah in the PAC 12 Championship Game.

Can you believe we're already in Conference Championship Week in college football? Time flies when you're having fun and winning bets! Our goal is to make some profit this week before studying hard for all of the bowl games.

There are 3 games on Friday's board and we found best bets in 2 of them. Our focus will be on the Conference USA and PAC-12 title games. Best of luck with all of your action and let's put both of these in the W column!

The Conference USA Championship game will feature a repeat of the game that took place at UTSA back in late October. In that previous game, UTSA pulled out the 31-27 win.

The game featured 35 of the 58 points being scored in the final quarter of play. The Roadrunners ran for 257 yards on the ground while the Mean Green threw for 325 yards. UTSA was a solid 10 of 18 on 3rd downs and 2 of 3 on 4th down attempts.

North Texas has won 4 of its last 5 games with the last one being a 21-17 home win over Rice. UTSA is riding a 9-game win streak after sneaking out a 34-31 win at home over UTEP last week.

These teams are matched up quite nicely in the statistical departments and oddly enough, the Mean Green are averaging over 200 yards on the ground despite being held to only 22 on the ground in the last meeting.

We are expecting a similar outcome to the last meeting but with the Roadrunners running away late in the game this time. While they looked bad last week, we are putting that on the fact that they were looking ahead to this game and will have a much stronger effort in this one.

The Roadrunners have one of the best athletes in the Group of 5 running their offense in Frank Harris. The 6-foot senior has thrown for 3,524 yards and 27 touchdowns this season. We don't see the Mean Green's defense slowing him down enough to stay within this number. UTSA will take this one by double digits!

The Pac-12 Championship game will feature what was one of the best games of the season in their previous meeting. The Utes snuck out a 43-42 win at home against the Trojans back on October 15th.

The Trojans led by 7 with under a minute remaining. On 4th down, Cameron Rising tucked the ball and ran for the 1-yard touchdown. They then decided to go for the win on a 2-point conversion in which Rising once again ran into the endzone to win the game. USC ran for 175 yards but the Utes controlled the air as Cameron Rising threw for 415 yards.

The Utes have won 5 of their last 6 games with their latest being over Colorado 63-21 on the road. Ja’Quinden Jackson was the star going for 117 yards and 3 touchdowns on just 10 carries.

USC has since won 5 straight since their last meeting with the Utes. The offense has been humming and Caleb Williams looks to be the odds-on favorite to win the Heisman. They dispatched of #15 Notre Dame last week in a game that wasn’t as close as the final 38-27 showed.

The Trojans have revenge on their mind after losing their last matchup and have a CFB Playoff bid on the line as well. We expect Caleb Williams to continue his solid play and the defense to make adjustments that will prevent the Utes from going off again for 40+ points.

While Utah head coach Kyle Whittingham is hard to fade as an underdog, USC simply has too much firepower on offense. Look for one of the portal darlings, Travis Dye or Jordan Addison, to come up with a big play at just the right time in this game. Lay the small number!