2 Best Bets for Most Outstanding Player of the NCAA Tournament 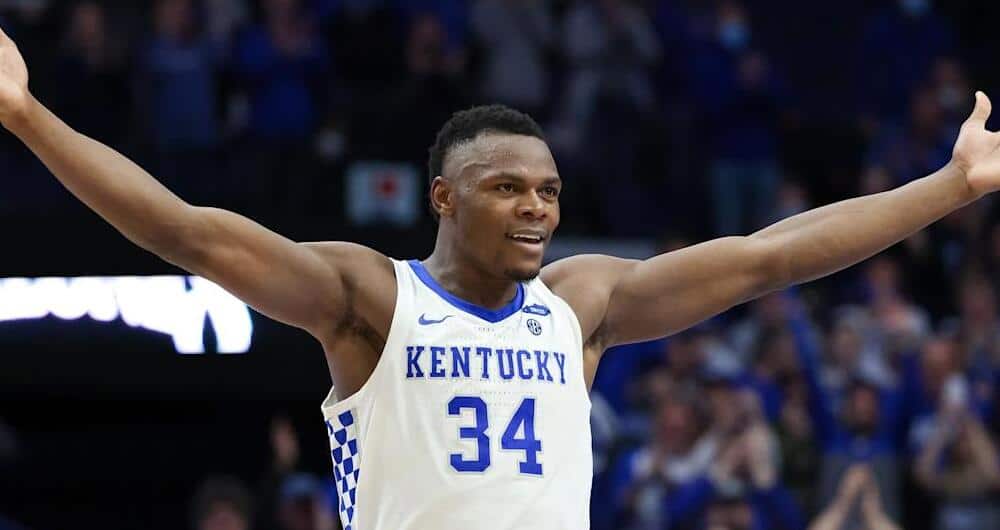 The play-in games will be completed this evening and the NCAA Tournament is set to tip-off on Thursday, March 17. While most college basketball fans like to focus on how to build a perfect bracket, there is always more betting value in trying to exploit the futures market.

Agbaji is the heart and soul of this Kansas team. The 6-5 senior guard has really improved his game over the last year, so much so that he should be a first-round draft pick. The Kansas City native is an excellent three-point shooter, as he hits 40.5% of his shots from downtown.

The 21-year old leads the team in scoring as he averages 19.7 points per game. Agbaji is one of the purest shooters in the country, as evidenced by his 47.7% field goal percentage. Jayhawks head coach Bill Self loves that Agbaji always hustles and shows a lot of heart.

Since we know that the Most Outstanding Player award almost always goes to a player from the team who wins the tournament, we have to assess the Jayhawks' chances. Right now at FanDuel Sportsbook, Kansas is listed at +1100 odds to win the whole enchilada.

We think Kansas has one of the easier paths to the Final Four since they'll be in the Midwest bracket. We expect Kansas to make the championship game and for Agbaji to have a solid chance to bring home the Most Outstanding Player award. The +2000 odds are nice too!

Tshiebwe is an absolute beast down low for Kentucky and we think he's a bargain at these 16 to 1 odds to win the Most Outstanding Player award. At 6-9 and 255 pounds, this kid is almost impossible to defend underneath the basket.

The 22-year old leads the Wildcats in points (17), rebounds (15.1), steals (1.8), and blocks (1.6). Tshiebwe leads the entire nation in rebounding and he's always a threat to bring down boards on the offensive end as well. He's also a fine shooter for a big fella.

Kentucky head coach John Calipari loves Tshiebwe's toughness and how he always goes up strong to the hoop with the basketball. You can bet that coach Cal will make sure that Tshiebwe gets plenty of touches in each of Kentucky's tournament games.

Now, how do we feel about Kentucky's chances to get to the Final Four? The Wildcats are in the East bracket and they're a #2 seed. This means Kentucky will have a much tougher road than Kansas, especially since they'll probably have to get by Purdue and defending champ Baylor.

Even with those tough tests, we still like Kentucky's chances of winning the title. The Cats are +950 at FanDuel to win the championship and we think there's a bit of value in that number.

However, we think there's much more value in taking Tshiebwe to win the Most Outstanding Player award at +1600. Best of luck with all your March Madness action! Enjoy the games!