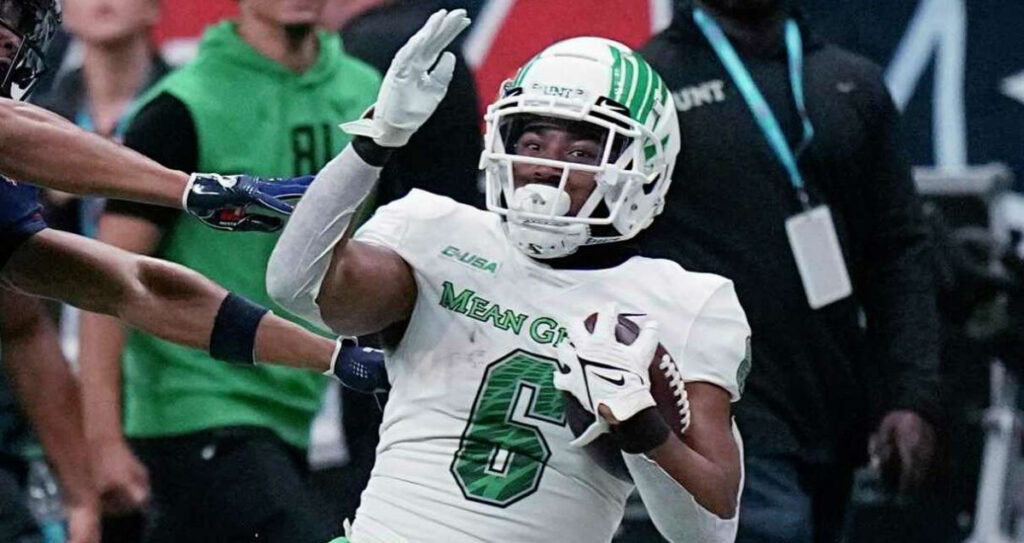 Ikaika Ragsdale broke the hearts of all Under bettors in the Frisco Bowl.

We took a look at the craziest bet that cashed from NFL Week 15. Now it's time to shift gears and go over the bad beats from last weekend's betting card.

Bad beats happen in sports betting! If you had one (or both) of these unfortunate outcomes, we feel for ya! Here are 2 bad beats from NFL Week 15 and CFB Bowl season.

Boise State is celebrating this morning - the Broncos defeated the University of North Texas 35-32 over the weekend in the #FriscoBowl ! #ICYMIhttps://t.co/Gx3seNENoR

Under Bets Go Down in Flames in the Frisco Bowl

The Frisco Bowl may never go down in history as a big-time bowl game, but it always seems to be highly entertaining. Unfortunately, that was not the case for Under bettors in this game. The total closed at 63 points at most sportsbooks in the US, including Caesars.

Folks who took the Under probably thought they were home free, especially at the end of the first quarter. Both offenses struggled, and the only scoring was a 27-yard field goal from North Texas kicker Ethan Mooney.

Scoring picked up a little bit in the second quarter, but there were still only 16 points on the board at halftime. North Texas led Boise State 10-6 and Under bettors had to be counting their cash in their heads.

All of that counting was premature, though! As the old gambling saying goes, "It's always Under til it's Over!" Both offenses caught fire, and never looked back.

Taylen Green got things going for Boise State early in the third quarter with a 3-yard TD run. North Texas quickly answered with a 17-yard TD pass from Stone Earle to Jake (The Snake?) Roberts! By the time the third quarter was over, five touchdowns had been scored!

The Under wasn't completely busted until the fourth quarter when North Texas scored a "meaningless" touchdown. The final score ended up being 35-32, and Under bettors went to bed half drunk and disgusted.

Desmond Ridder had 20 rushing yards before this play. His over/under was 23.5.

This was the last play of the game.

If anyone had the under, that’s the worst beat of all time. 😂😂@StanfordSteve82 @notthefakeSVP #BadBeats #Falcons #Saints #NFL

Desmond Ridder is likely to have a fine career in the NFL, but he broke the hearts of all NFL prop bettors who took his rushing yardage Under 23.5. The Falcons trailed the Saints by 11 points at the half but made a valiant effort to get back into the game with 15 second-half points.

On the final play of the game, with his team trailing by three points, Ridder scampered 18 yards instead of throwing a hail-mary pass like he should have. Who knows what the poor rookie from Cincinnati was really thinking?

What made this play so gut-wrenching for prop bettors who took the Under was that Ridder was sitting at 20 rushing yards before that final play. We usually reserve our Bad Beats column for sides and totals, but this prop loss was sickening for those bettors who had the Under!